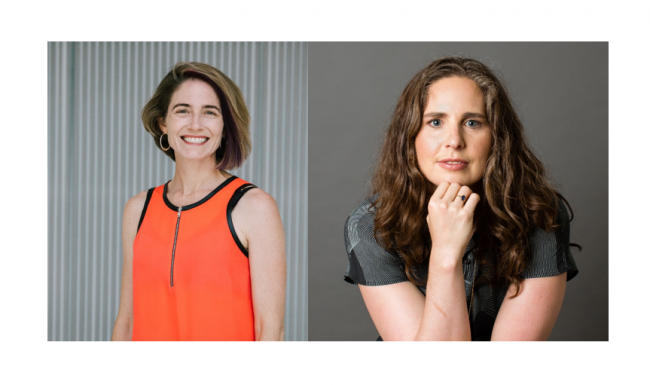 It’s tax season. Time to dig up those W-2s, 1098s, and that clip of Seinfeld that talks about write-offs. The scene is based on the premise that most non-CPAs don’t understand how write-offs work. An alternative version of this scene—perhaps one that occurs in “bizzaro world”—could have Jerry and Kramer discussing data science.

Jerry: So, you really think artificial intelligence has created a fair hiring process?

Kramer: The data scientists make sure it is.

Kramer: They plug in all the data.

Kramer: Jerry, all these big companies use data scientists to create the algorithms that make the selections.

Jerry: You don't even know what an algorithm is.

Kramer: But the data scientists do, and they are the ones creating them.

In this conversation, Kramer’s “don’t worry; someone is taking care of it” attitude has troubling implications and raises a lot more questions. Who’s doing the science? Who’s the science for? Whose interests does the science serve? These questions are explored in Data Feminism.

Data Feminism authors Catherine D’Ignazio, assistant professor of urban science and planning at MIT, and Lauren Klein, associate professor in English and quantitative theory and methods at Emory University, offer a look at data science and data ethics through a lens of intersectional feminism. And they’re bringing that perspective to the University of Rochester next month.

On April 22, the River Campus Libraries, in collaboration with the Women’s Network and Goergen Institute for Data Science, will host a virtual talk from D’Ignazio and Klein as part of the Neilly Author Series.

Before they appear on a screen near you, D’Ignazio and Klein agreed to answer some very serious questions that have almost nothing to do with data science.

Work histories are rarely simple things. You are both professors now, but you weren't always in academia. What were you in some of your previous professional lives?

Catherine: Software developer, independent artist, technical project manager, ran a technology and art gallery, ran educational technology workshops for K-12 teachers, taught adjunct at too many colleges to mention, and I once worked at Urban Outfitter's for a total of three days.

Lauren: I’ve also taken a long and winding path to academia. My favorite job (not including this one, of course) was being a bike messenger in New York City in the early 2000s. I also worked at a digital music production house and an early smart home technology company. After both went out of business in rapid succession, I decided that the tech industry was not worth my while, so I went back to grad school. You’ll never believe what happened next! Oh, wait. Yes, you will.

The pandemic has inspired many skill-building endeavors, but we’re interested in skills you already have that may be surprising. What can you tell us?

Catherine: I am surprisingly good at handstands and have taught handstand workshops. I firmly believe in the power and health benefits of going upside-down.

Lauren: When I was a kid, I had a business doing magic shows for younger kids’ birthday parties. (My sister is six years younger than I am, so between her and her friends, I had a built-in market). At the time, I had a pretty deep repertoire of balloon animals that I could make. I can still make a decent poodle.

A self-proclaimed “hacker mama,” Catherine has organized several women’s health hackathons, including “Make the Breast Pump Not Suck.” Is there other technology, a policy, or something else—not necessarily in the world of women’s health—that you would love to help “suck” less?

Lauren: So many things in the world of women’s health and work and life need to suck less. Childcare, for one. It’s so incredibly necessary for everything that we do, and yet it’s either incredibly expensive or hard to access or both. And that’s only from the perspective of the parent. Childcare workers are not paid enough, let alone valued. It’s a mess all around, and this year has made it pretty clear that something has to change.

Catherine: +1 to Lauren's point! Another thing that could stand to suck less are family leave policies. That's actually one of the things that surfaced at the breast pump hackathon. If the U.S. had paid parental leave for birth parents (which, I want to point out, every single other country in the world has), then breastfeeding parents wouldn't need to use these stupid contraptions to suck milk out of our breasts in server room closets. ∎

For more information on the Data Feminism talk, send your questions to SpecialEvents@rochester.edu. Enjoy reading about the University of Rochester Libraries? Subscribe to Tower Talk.