We’ve returned from our hiatus, and we brought a movie star. 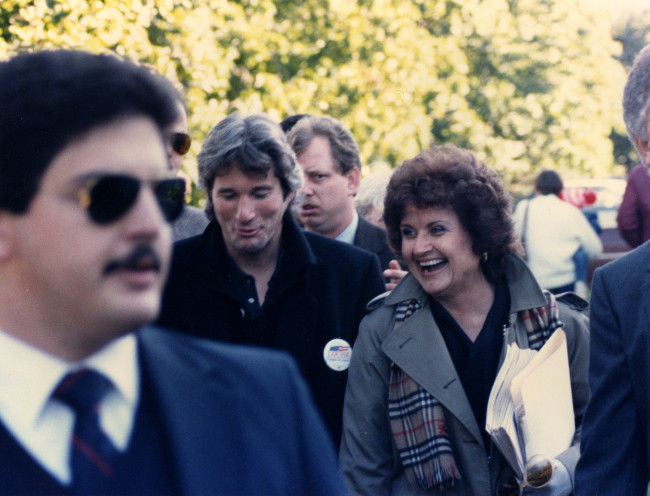 We know we haven’t been providing you with your weekly dose of the congresswoman. We needed to take some time to rethink the blog, and we think you’re going to like what we came up with. Posts may not dive as deeply as those you’ve seen in the past, but we can assure they will deliver two things: 1) fun, engaging content. 2) Louise.

In honor of the recent 93rd Academy Awards, we decided to share this shot of the congresswoman sharing a laugh with Hollywood studio “exile” Richard Gere.

In case you haven’t followed the actor’s career closely, he has been largely relegated to starring in indie films. That’s because at the 65th Academy Awards (1993), Gere dumped his scripted remarks in favor of calling out China’s occupation of Tibet. The move took him off studios’ A-list and earned him a lifelong ban from China. His political activism may not have been popular among film executives, but it helped him become fast friends with Slaughter. During Slaughter’s first campaign for Congress (1986), Gere campaigned with her because of a shared opposition to the U.S. funding of Nicaraguan rebel groups.

On Twitter, in June 2017, Slaughter commemorated her friendship with Gere in a tweet saying, “For more than 25 years, @_RichardGere has worked to draw attention to humanitarian crises rooted in injustice & intolerance across our globe.”