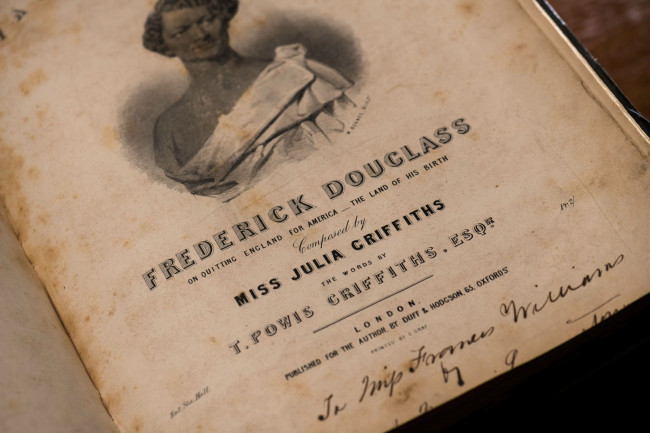 “Farewell to Frederick Douglass” was written by Englishwoman Julia Griffiths, a close companion and fellow abolitionist of Douglass’s in 1847 when Douglass was getting ready to leave England where he had lived to avoid being recaptured after his escape from enslavement in Maryland. Only two copies of the sheet music are known to exist—one in the Department of Rare Books, Special Collections, and Preservation and the other at the British Library in London.