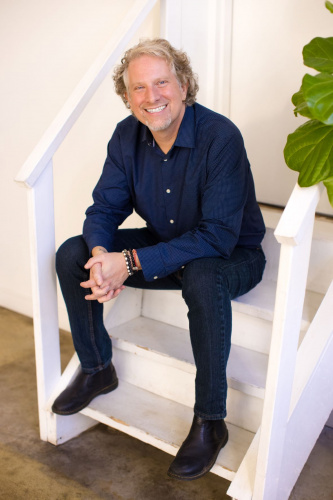 Lifelong Rochester resident Peter Conners is in his 18th year with BOA Editions, Ltd., an independent publishing house, where he is the publisher and executive director. He is responsible for identifying and cultivating unique literary talents and bringing their high-quality work to the reading public. But Conners has spent even more time on the other side of publishing.

Conners has been writing for more than 30 years. Today, he’s the author of 11 published works of fiction, nonfiction, and poetry and has served as editor for dozens of volumes of poetry and prose. His nonfiction books Cornell ʼ77, Growing Up Dead, JAMerica, and White Hand Society have made him a leading chronicler of the psychedelic band Grateful Dead, jam bands, and the counterculture community.

Behind all of Conners’ writing is a tail of materials that document the bulk of his career. And it’s because as a 20-something-year-old, Conners had several other, more experienced writers tell him that “writers save their papers.”

Conners took that disclosure to heart.

He started dropping items into a banker’s box here and there, and over the years, accumulated a large collection of plastic storage containers. When it got to be a matter of space, Conners felt that the University of Rochester would be the perfect home for the collection.

The Department of Rare Books, Special Collections, and Preservation (RBSCP) now holds Conners’ archive. The collection includes many materials you would expect any author to hold on to, like journals and notebooks, drafts of work, and posters and press clippings related to published books. Additionally, Conners estimates there are also more than 750 pieces of correspondence with authors.

“We are honored to receive this extraordinary body of work from a voice that represents and reflects a piece of Rochester heritage,” says Miranda Mims, the Joseph N. Lambert and Harold B. Schleifer Director of Rare Books, Special Collections, and Preservation. “Peter’s papers have tremendous research value and have profound intersections with other local literary collections we house, including the BOA records.”

What sets Conners’ archive apart from those of other authors is his interests. A unique aspect of this collection is the window into the zine—noncommercial, small circulation publications—and small press literary scene, which researchers can explore through copies of zines and letters to zine editors. Conners laments the fading away of small circulation publications where he got his writing start. “There was a whole ecosystem of places that were really the pulse of poetry at that time,” Conners says. “Those places are gone now. They represented an era of poetry that, quite frankly, just doesn’t exist anymore.” 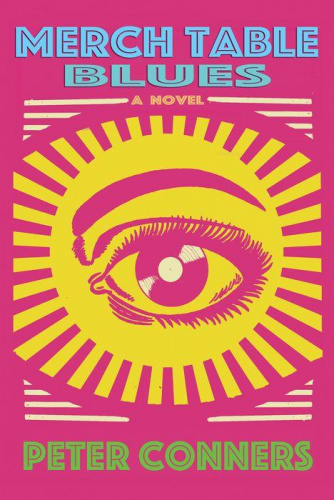 Another distinctive area of the collection is Conners’ materials on prose poetry. In 2002, Conners explored the intersection of prose poetry and flash fiction in his journal Double Room, published until the summer of 2009. The project led to him corresponding with and publishing Russell Edson, one of the poets who brought about prose poetry’s resurgence in the early 1950s. “It was like a second wave of interest in the form,” says Conners on his work in the journal. “You weren’t seeing prose poems in standard literary journals. So, this was a way of revitalizing it and drawing more attention to it.”

Conners brings prose poetry and flash fiction to readers again, this time in paperback. On April 12, he’s releasing his third full-length poetry collection, Beyond the Edge of Suffering, an apt title for poems that touch on the chaos of COVID-19, a stormy political climate, and the challenges of coping with personal upheaval.

Despite his published poetry collections and nonfiction works, novels were Conners’ first love. His archive includes at least six or seven unpublished novels. Recently, he completed another novel; only this one is being sent into the world. Later this spring, on May 3, he will release his first novel, Merch Table Blues. Shaped by Conners’ knowledge of counterculture and subculture, the book follows a roadie on tour with a band that has a cult following and is an actual cult. “I like to call it a sex, drugs, and rock ʼn’ roll murder mystery,” he says.

A bridge to BOA

In 2005, Conners spearheaded RBSCP’s stewardship of the BOA collection, which currently exists in two segments: 1996 to 2005 and 2006 to 2014. This collection corresponds to BOA’s activities and the writers and poets it published, whereas Conners’ archive is almost entirely his work. However, as a BOA employee for almost 20 years, Conners’ fingerprints and work are all over the BOA collection. So, is there a bridge? “Absolutely,” says Conners.

“My writing has always been my own,” Conners says. “But it would be foolish to say there isn’t crossover. One example is that some of the poets I worked with for [Double Room] ended up becoming BOA poets who helped shape a new aesthetic that BOA has developed over the past 18 years.

“BOA has certainly published more prose poetry and more flash fiction as a result. Around 16 years ago, I worked with our board to establish a line of flash fiction books that BOA hadn’t done before. So, after almost two decades there, it would be impossible for my personal tastes and writing not to overlap with my curatorial work at BOA.” ∎