The River Campus Libraries removed barriers to research with a new round of data set grants. 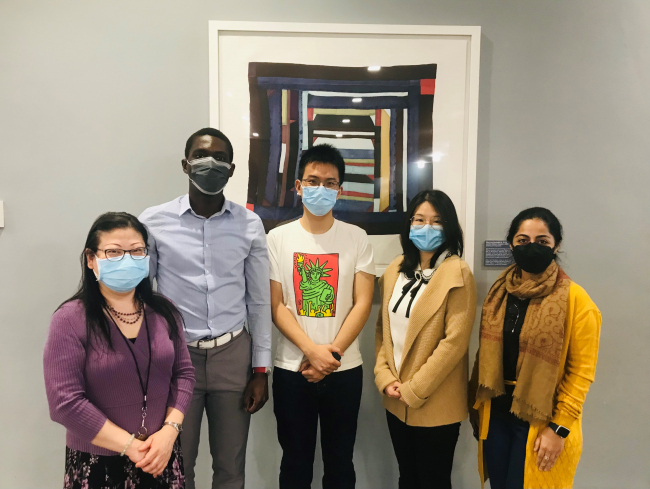 In The Adventure of the Mason’s Helper, consulting detective Danforth Harkness is drawn to a singular series of thefts. Each victim claims to have been robbed by Pete Nicosia. The accusations are baffling because one year prior, Nicosia was working on a library tower as a mason’s helper when he slipped and fell to his death—an end confirmed by his foreman, James Conroy.

Through his mastery of observation and logical reasoning, Harkness, with the help of his companion, Dr. James S. Gleason, was nearing an explanation to this mystery. Certain that Conroy was the key, the detective sought a meeting to extract essential information that he knew would lead to the real thief. Unfortunately, Conroy demanded $100,000 for the meeting. Since Harkness and Gleason weren’t investigating in any official capacity and neither had the money, the case went cold.

Fans of Sir Arthur Conan Doyle undoubtedly pegged Danforth Harkness as a cheap knock-off of Sherlock Holmes, which of course, he is. The River Campus-inspired detective is made up—there is no Danforth Harkness or Adventure of the Mason's Helper, for the matter. However, the fabricated but not-altogether-fictional Harkness tale highlights how resources can be critical to a puzzle’s solution, a reality researchers at the University of Rochester know all too well.

Research is not unlike detective work. Faculty and students use the information available to advance studies, solve problems, and prove hypotheses. However, not all available information is free, and sometimes the cost is more than the investigator can afford to pay. The inability to purchase information has the potential to delay, if not derail, an investigation.

Two years ago, the River Campus Libraries (RCL) launched a data grant program that helps undergraduate and graduate students in Arts, Sciences & Engineering, the Warner School of Education, and Simon Business School purchase the data sets they need to complete their research. This year’s applicants came from the Simon School and the Departments of Economics, Earth and Environmental Science, and Political Science.

“It was great having applicants from multiple disciplines,” says Sarah Siddiqui, a STEM librarian at the RCL. “This was the first time we received an application from a STEM discipline. We’re happy to be able to offer this support, and we hope students continue to use this resource for their research in the future.”

The 2021 recipients presented their projects on April 25 in Rush Rhees Library's Evans Lam Square. We offer summaries of their research below for those who couldn't attend.  (And if you missed out on last year’s recipients, you can find details about their work here.)

Earthquakes can be caused by volcanic and human activities, but more often than not, they’re created by energy released from the sliding of rocks due to the movement of Earth’s tectonic plates. So, what’s with all the seismic activity in West Africa, a region that isn’t near a plate boundary?

Published data from the region shows a growing trend of earthquakes that are large enough to be a cause for concern. But the “Why?” has mostly remained a question mark due to sparse seismic networks, inadequate training on the acquisition and use of seismic data, a lack of interest from agencies that could fund research, and political instability in the region. Jean-Joel Legre, a first-year doctoral student in earth and environmental science, is trying to provide a little more clarity with his project “West Africa’s Intraplate Seismicity: Brittle Reactivation of Failed Rifts, Metacratons, and Cratonic Edges.”

To account for West Africa’s sparse instrumentation, Legre uses a combination of classic and modern methods, an approach that’s ultimately similar to the study of earthquake mechanisms on Mars, where there is only one seismometer. He’s already seen promising results.

“My study of a particularly interesting earthquake in Algeria reveals how the rocks slipped during fault rupture,” Legre says. “However, a more reliable interpretation will require knowledge of geology and faults in the area. So, I need to combine geologic and more geophysical data with the mathematical models. And that’s where the data sets come into play.”

Legre's grant allows him to purchase key magnetic and gravitational data that will help him identify the earthquake source and better interpret his models.

Anyone reading this most likely has a phone connected to the internet. In the past 10 years, the number of mobile internet subscriptions has more than doubled and, in many cases, replaced traditional broadband at home. But at what cost? There’s scant research on the causal impacts this kind of usage has on individuals and society.

Lipeng Chen, Woosuk Choi, and Lena Harries, all third-year doctoral students from the Department of Economics, are analyzing the mental health implications associated with the explosive expansion of mobile internet. While the positives (including the ability to search for information about mental health) are fairly obvious, the negatives (addiction, contributing to a sedentary lifestyle, etc.) can fly under the radar.

“I spent quite a lot of time browsing using mobile internet during the pandemic,” says Chen. “And I feel like it affected my mental health in a very negative way. Because of my experience, I wanted to see how the mobile internet expansion affects others’ health in the U.S.” One of the primary contributors to the long periods of browsing and scrolling is that, unlike television, newspapers, magazines, or radio (all of which have seen a decline in usage in the last decade), there are no natural stopping cues, making it easy to spend more and more time on the web.

So far, what they have found might not be that surprising, but that doesn’t make it any less worrisome. Young, high-income, and highly educated people are the most affected by mobile internet use. And there are strong indicators that the growth of social media contributes to the worsening of Americans’ mental health.

Let’s say tomorrow Facebook announces a data leak. Even if you don’t have Facebook, does this make you worried about the data security at Twitter or Google? Ruiqi Wu, now a fifth-year doctoral student at the Simon School, asked herself this question in her first year.

Although she didn’t find any evidence of a negative ripple effect, it did lead her to think about how a negative demand can spark new competition. Wu’s research investigates how national brands and private labels in the pharmaceutical industry change their pricing and advertising strategies as demand shifts after a product recall. For example, Wu looks at how Johnson & Johnson responded in 2010 when it experienced recalls for focal brands, Tylenol (weird odor) and Motrin (wasn’t dissolving properly).

“It was key for me to understand how competitors absorbed market share from well-known focal firms,” explains Wu. “This required checking whether and how they were advertising before and after the recall. Without the data grant, I couldn’t access the pre-recall advertising data, so there was no way for me to infer a firm’s behavior.”

Wu found the post-recall period saw a cease in advertising and price decrease from focal firms, with some non-focal firms increasing their spending and prices. (Private labels, like a CVS brand, cannot advertise.)

None of the students’ research projects could have moved forward without the aid of the data grant.

Wu’s research, which is still a work in progress, would have effectively hit a dead end. “I probably wouldn’t have continued this project,” she says.

“The data set grant was indispensable,” says Lipeng on behalf of his team. That’s because their data set, as far as they knew, was the only set of its kind, making it essential to their research.

Legre’s study would also have stalled. “What if I didn’t get the grant?” he asks. “I probably would have relied more on my advisor and tried many other options. But I'm thankful the review committee awarded the grant and that we could take advantage of this resource." ∎