'I am your density' 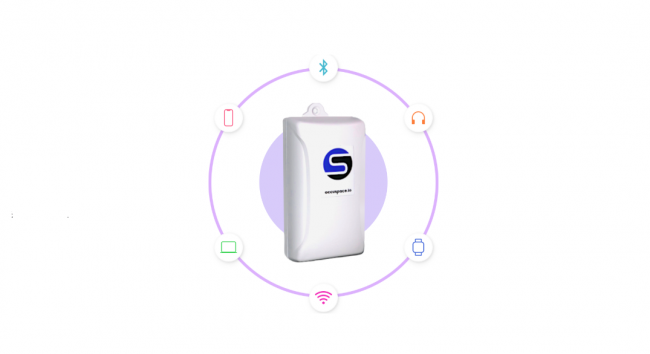 Since 2004, Oxford Languages has chosen a “Word of the Year,” which reflects the “ethos, mood, or preoccupations of that particular year.” The “winning” word is also likely to have lasting cultural significance. If the River Campus Libraries (RCL) had to choose a word for 2020 based on that criteria, some would nominate “de-densification.”

When the libraries began planning to reopen its spaces, one of the first challenges it faced was limiting the number of people who could be in them. That’s because one of the most basic COVID-19 safety measures is staying at least six feet away from others. Adhering to this guideline necessitated the removal of some lounge and study furniture and the limitation of how the remaining furniture is used in shared and study spaces. The result: lower patron density

This is de-densification. The RCL is going a step further.

Long prior to the coronavirus outbreak, the RCL has desired to get a better sense of how many patrons are using its spaces. This new implemented technology fills that hole. In doing so, the RCL joins University of California, Santa Barbara and North Carolina State University, among others, who plan to or are already using it.

The sensors will be supplemented by the use of the Waitz app, which will—in time—provide patrons with a real-time view of a given space’s occupancy. Although the sensors are currently active, they have to do a bit of “learning” before producing accurate density reports. However, by the middle of September, students and faculty should be able to see how full the previously mentioned spaces are through the app. Students and faculty can find the app in the “More resources” section of UR Mobile.

Lauren Di Monte, assistant dean of Digital and Research Strategies, points to the current Occuspace zones as highly social environments, where it’s common to find a lot of students, who will be packed into booths or gathered around tables.

“When we were thinking about reopening in the fall, we thought a lot about what it means to de-densify,” says Di Monte. “This technology gives us the ability to help our students make informed choices about where they study and when.”

For those concerned about what exactly the sensors are reading, Di Monte offered assurance that there’s no tracking of individuals or collection of personal data.

“The technology has built-in privacy protections that anonymize the information,” she explains, adding that University IT was consulted.

Beyond serving as a density gauge for patrons, Occuspace allows the libraries to be more responsive to the current and emerging needs within its spaces. Each day’s data provides a chance to evaluate how spaces are being used and how they could be modified to make them safer or more accommodating.

“We can also look at a broader swath of data and use it to inform long-term and strategic plans,” says Di Monte. She adds that in time, this could become a research opportunity for students.

But right now, for anyone who has ever walked to Gleason Library or Lam Square only to find there’s nowhere to sit down, the most exciting future is the one that will enable them to check library space on their phone, tablet, or computer.

Somewhere, someone is saying “finally.” Whoever you are, wherever you are, in the words of George McFly, “Yes. I am your density. I mean—your destiny.’” ∎

For more information on how Occuspace and Waitz work, contact Lauren Di Monte at ldimonte@library.rochester.edu.