The Rochester alumnus, fresh out of the publishing process, talks about what makes book-writing difficult, why anyone can do it, and why he did. 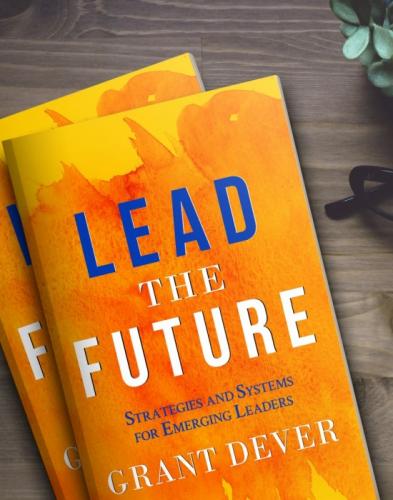 By the end of Rochester’s spring 2016 semester, Grant Dever ʼ16, ʼ17 (T5) was ready for a break. Serving as president of the Students’ Association Government had him feeling a little burned out. He also felt a little hollow.

Dever missed his friends, but more than that, he missed being part of a community.

The universe must have felt Dever’s pain. Not long after he began his Take Five Scholars year, he found a new community to join and help build: the Barbara J. Burger iZone.

Dever spent two years at iZone as its founding community manager. During that time, he contributed to iZone’s design, build, and launch in August 2018. He also provided consultation to hundreds of students. This involved helping them activate their skill sets, tackle problems they were trying to solve, and connect them with valuable partners inside and outside the University.

Rochester Creators—a collaboration between iZone, River Campus Libraries, and the Gwen M. Greene Center for Career Education and Connection that creates the opportunity for students to become published authors—is an example of a project in which Dever was involved (and helped found). But it’s a special case because he was and is a participant.

The book is a sort of leadership multi-vitamin for juniors and seniors in high school, college students, and young professionals. Dever provides stories, strategies, and actionable steps that will improve his readers’ chances of finding success, regardless of their endeavor.

We caught up with Dever, who is currently a special projects consultant at iZone, to discuss the process of writing his first book.

First, congratulations on being a published author. There’s something inherently daunting about writing a book. Most people likely consider it an impossibility. What would you say to those people?

You can do it. If you’re interested in writing a book, being passionate about a topic is really all you need. You just have to take that first step. From there, you have to be willing to commit to a process and let that generate momentum.

It’s certainly a lot of work. I think it’s even more work than I thought it would be when I started. The most difficult part for me was being on a deadline. I got to a struggle point, where I had all this content, and I wasn’t exactly sure what the right order was and how I was going to end it. At that time, I was probably writing and editing 12 hours a day. It was just a very hectic time.

Any surprises along the way?

I was most surprised by how the process never seems to end. I’d be talking myself through the steps—OK, just need to get the final copy done; OK, now I just need to review all the copy edits; now I’ve need to finish the cover; now I need to work on a marketing plan.

Then, once it was all done, the anxiety set in because my book is very personal. I’m thinking, “Is it good? Are people going to hate me?” You know, all those types of feelings.

And even though I’ve written all this, I’m thinking about how there’s all this other content that I left out. So, I wonder if that’s something for a blog post or my website. It never ends!

You said the book was very personal to you, but it almost wasn’t about you at all. Originally you planned to write about blockchain, right?

Being on this side of the process, I’m really glad I didn’t do that. I think it would have been really difficult to do. I would’ve handled that book very differently. It was definitely an interest, though.

I’m interested in emerging technologies, and blockchain is one that resonates with me at an ethical level. I like that it empowers people to control their own data. My thought was that I would focus on government and nonprofit applications.

Did your time with iZone ultimately change your direction?

I wouldn’t have written this book had I not worked at iZone. Vlad (Cazacu ʼ20) played a big part. He had written a book. The idea of writing one myself wasn’t even on my radar until he sold me on the idea.

So, maybe Vlad gave me the idea, but working with the students in iZone infused me with the passion I needed to actually do it.

Students would come to me with their ideas, and we would talk through them together, troubleshoot their project, and I would advise them as best as I could. Having a knowledge of campus resources helped me do that. That and the day-to-day iZone activities, being in the space, it just gave me a tremendous feeling of optimism and possibility. I really wanted to package all of that together in the book in a way that would give people some energy and help them see things differently.

Do you think you’ll write another book?

I do. I still want to see how this one goes. One of the things I talk about in this book that I’d like to dive into more is community. I don’t know what that would look like, but it’s another topic I feel strongly about. ∎

Questions about the book, writing it, or Rochester Creators? Contact Grant Dever at grantadever@rochester.edu. Enjoy reading about the University of Rochester Libraries? Subscribe to Tower Talk.