My old home in Fairport, NY

Although born and raised in Kentucky, the congresswoman made a home and name for herself in Monroe County 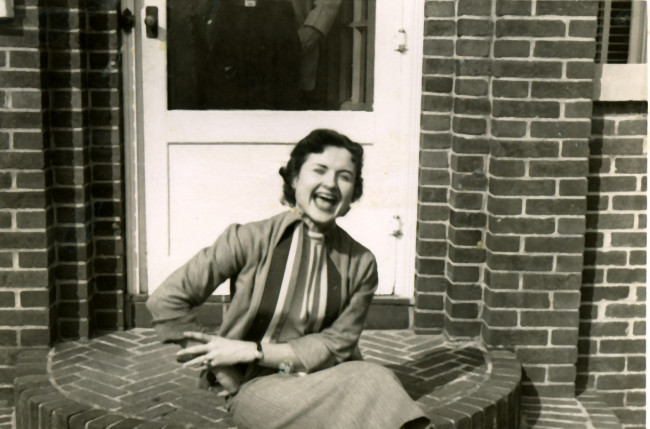 It’s been said that home is where you make it. The idea of a home doesn’t necessarily need to be tied to a house or a specific place—you can feel “at home” anywhere you feel comfortable. However, for most of us, it’s very important to have an actual place we can call “home.”

For Louise McIntosh Slaughter, one could tell from the first word she spoke that she was probably not a Fairport, NY native. Even though she lived in upstate New York for the majority of her life, the congresswoman never lost her southeastern Kentucky accent, something that became one of her defining features.

There is little information about the featured photo other than that it’s an image of a young Louise sitting on the front steps of what may or may not be her home. We can assume the figure of a man in the doorway behind her is her husband, Robert, with whom she moved to Fairport after he accepted a job at the Rochester-based Eastman Kodak Company.

In 1976, Louise was elected to the Monroe Country Legislature and quickly became a leading figure. She was chosen to serve as a regional coordinator to Mario Cuomo while he served as New York’s secretary of state and then-lieutenant governor until 1982. She became an even more fierce advocate for her adopted home after being elected to Congress (1986), where she served until her death in 2018. Through more than 40 years of public service to the region, her electorate claimed her as their own and held her up as the true western New Yorker that she had become, southern accent and all.