The teen inventor, scientist, engineer, and now author gives us her approach to scientific problem-solving. 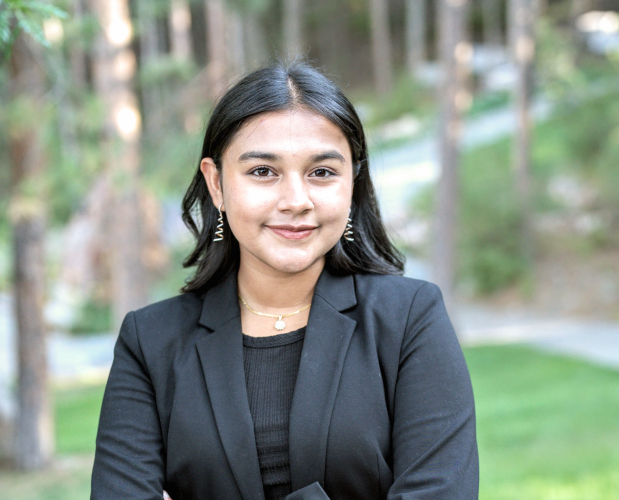 There are few occasions for a child that mass-produce joy like a birthday. The decorations, the cake, the presents—what’s not to love? And yet, these special days become fuzzy memories more often than not. However, Gitanjali Rao’s fourth birthday was maybe the most important of her young life.

Now 17 years old, Rao is an inventor, scientist, engineer, author, and Time magazine’s first-ever “Kid of the Year.” In an early 2021 episode of the NPR podcast Short Wave, she explains that there wasn’t an “a-ha” moment that led to her becoming a scientist, but there was a rather unexciting birthday gift.

“My uncle got me this science kit when I was four years old, and I can safely tell you that is not what I wanted for my birthday that year,” remembers Rao. “I wanted a Barbie Dream House; I’m pretty sure."

Rao never got that Barbie Dream House and society might be better for it.

Six years after receiving her science kit, the water crisis in Flint, Michigan, inspired Rao to develop “Tethys,” a carbon nanotube-based device that detects lead in drinking water. She then went on to create “Epione,” a tool that allows for early diagnosis of opioid addiction, and “Kindly,” an anti-cyberbullying service.

Most recently, Rao offered something better than a solution; she offered an approach. In her new book A Young Innovator's Guide to STEM: 5 Steps to Problem Solving for Students, Educators, and Parents, Rao provides the steps to identifying problems and developing their solutions. Both she and her scientific guidebook will be the focus of the next installation of the Neilly Author Series at the University of Rochester.

On January 23, Rao will share her perspective on and experiences in science in Rush Rhees Library from 6 p.m. to 7:30 p.m. and via Zoom. This talk continues a season of the Neilly Series dedicated to the 75th anniversary of Rochester's Department of Psychiatry. Rao’s book and  other books highlighted in this season’s talks support key concepts in the biopsychosocial model—developed by University professors George Engel and John Romano—which serves as the cornerstone of psychiatric education and training.

In addition to her recognition by Time Magazine, Rao has earned the title of America’s Top Young Scientist, a place in Forbes' 30 Under 30, and the President’s Environmental Youth Award from the United States Environmental Protection Agency. It’s an impressive list of accolades for someone who didn’t immediately see herself in the world of science.

Madeline Sofia, the host of Short Wave, asked Rao how she defines “science” and what she thinks it’s for.

“I can never see a world filled with kindness and positivity without science involved,” says Rao. “And I think that’s what we should be looking at. ‘How can we use science for positive change?’ For the longest time, it’s been ‘this experiment’ and ‘this theory,’ but I think we’re slowly starting to go into a world of ‘What can science help us out with?’” ∎

All Neilly Author Series talks are free and open to the public, made possible by the Andrew H. and Janet Dayton Neilly Endowed Fund. For more information on Gitanjali Rao’s talk, contact Kim Osur, development manager at the River Campus Libraries.