He was sentenced to life in prison. Now, he’s an activist, poet, and author. 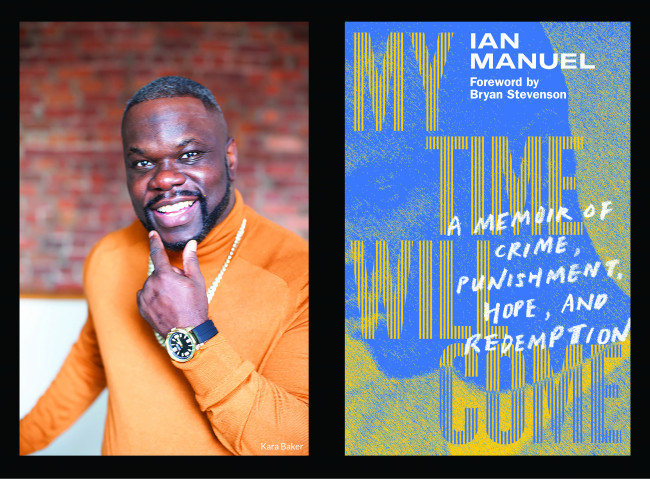 Based on a true story, the film Just Mercy opens in 1987. A Black man (Jamie Foxx), having just finished a day of logging, is driving home on a densely wooded back road in Monroe County, Alabama. As Martha Reeves and the Vandellas’ “Ode to Billie Joe” comes through his truck’s speakers, the man, previously washed out by the night’s darkness, becomes more and more visible. Eventually, he, and the fear and confusion in his face, are fully illuminated by unmistakable flashing lights.

The film, adapted from public interest lawyer Bryan Stevenson’s book, tells the story of Walter “Johnny D” McMillian, who was wrongly convicted and sentenced to death for the murder of Ronda Morrison, an 18-year-old white woman. But that’s only half the story. The other half tells the story of the Equal Justice Initiative (EJI).

Founded by Stevenson, EJI is a non-profit organization committed to ending mass incarceration and excessive punishment in the U.S. And McMillian was one of the law office’s first clients. After six years of investigating, presenting new evidence, hearings, and appeals, Stevenson and his team won McMillian’s release—for a crime he did not commit.

McMillian is just one of EJI’s success stories. Ian Manuel offers another.

Manuel was involved in an attempted robbery in which a woman suffered a nonfatal gunshot wound. Accepting responsibility for what he had done, he turned himself in to the police. His attorney told him he would get 15 years in prison; the judge sentenced him to life imprisonment without the possibility of parole. He was 14 years old.

In his book, My Time Will Come: A Memoir of Crime, Punishment, Hope, and Redemption, Manuel tells his EJI story. And next month, he will share it with the University of Rochester community.

On November 15, in the River Campus Libraries’ second Neilly Author Series talk of the 2021–2022 season, Manuel will discuss how poetry helped him survive his 18 years in solitary confinement and how his victim is now one of his closest friends and fiercest advocates.

The virtual talk is co-sponsored by the Rochester Education Justice Initiative (REJI) and will be moderated by Josh Dubler, associate professor of religion and director of REJI. Anyone interested in attending must register in advance.

If you haven’t yet read My Time Will Come, here’s a brief excerpt that describes the night that forever changed Manuel’s life:

One of the boys cooked up a plan on the spot. “Jim-Jim, I’m gonna go over and ask ’em for some change. When you see one o’ dem reach for dey money, do your thing.” “All right,” I said. Marquis and the other boy stood right behind me. “Do one of y’all have change for a twenty?” the boy asked. I thought I heard either the man or the woman say yes. At the top of my lungs I yelled, “It’s a jack, y’all, give it up,” pointing the revolver at them. The woman stared at the gun and screamed, which startled me. Before I knew it I had pulled the trigger and she took off, running.

“His story is difficult and heartbreaking,” Stevenson says, “but he takes us places we need to go to understand why we must do better.” ∎

All Neilly Author Series talks are free and open to the public, made possible by the Andrew H. and Janet Dayton Neilly Endowed Fund. For more information on Ian Manuel’s lecture, contact Ashley Huff, the RCL office manager and human resources representative, at ahuff@library.rochester.edu.