He was fired, busted, published, and tenured in the 1960s. He gives the details in his new book. 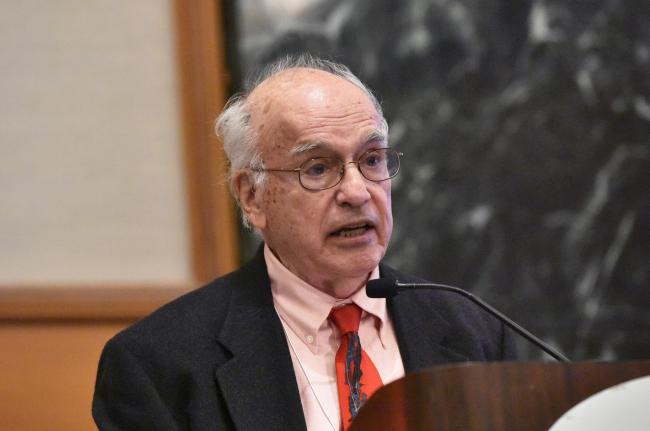 Come gather ’round people, wherever you roam
And admit that the waters around you have grown
And accept it that soon you’ll be drenched to the bone

For the times they are a-changin’

Bob Dylan’s “The Times They Are a-Changin’” gave a voice to the counterculture that defined the 1960s. Almost anthemic in its theme, the song speaks to the many protests and demonstrations that included people fighting for civil rights, a new wave of feminism, and opposition to the Vietnam War. The 60s was a decade of social and political movements, and Paul Lauter was an active participant.

Lauter, the Allan K. and Gwendolyn Miles Smith Professor Emeritus at Trinity College, worked as Director of Peace Studies and as Peace Education Secretary in the Chicago region for the American Friends Service Committee. He was the national director of two activist peace organizations (Resist and the U.S. Servicemen's Fund), he worked in freedom schools and workshops in Mississippi, and he became director of the first community-controlled school project in the nation. He was also one of The Feminist Press founders, and he was active in the faculty and staff union at the State University of New York.

On Twitter, he describes himself as “Fired, busted, published, and tenured in the 1960s.” All of that comes into play in his new book Our Sixties: An Activist’s History.

Our Sixties examines the unrest and upheaval in the titular period and how Lauter’s participation in social justice struggles shaped his life. Lately, it could be said that he’s having a bit of déjà vu. His first experience with Black Lives Matter (BLM) was in Mississippi in 1964.

In a recent opinion piece for the Bergen Record, Lauter points out that BLM is only new as an organization; the ideas it’s fighting for are decades old. “Black Lives Matter necessarily leads us to consider, and perhaps act upon, the many issues effectively named by those three words,” Lauter writes. He then calls attention to the tax and health systems and funding for police departments and the military. “To solve the social and economic questions raised by Black Lives Matter, we must address all these issues now before us.”

Lauter is joining the Neilly Author Series to discuss the exploits, victories, implications, and sometimes, the failings of past and present movements on November 10 at 7:00 p.m., EDT.

The virtual talk is free and open to the public. Register here. ∎

For more information on Paul Lauter’s lecture or the Neilly Author Series, contact Ashlee Huff at ahuff@library.rochester.edu. Enjoy reading about the University of Rochester Libraries? Subscribe to Tower Talk.