No Compromises on Diabetes

In honor of National Diabetes Month, we look at the congresswoman's fierce advocacy for research and prevention. 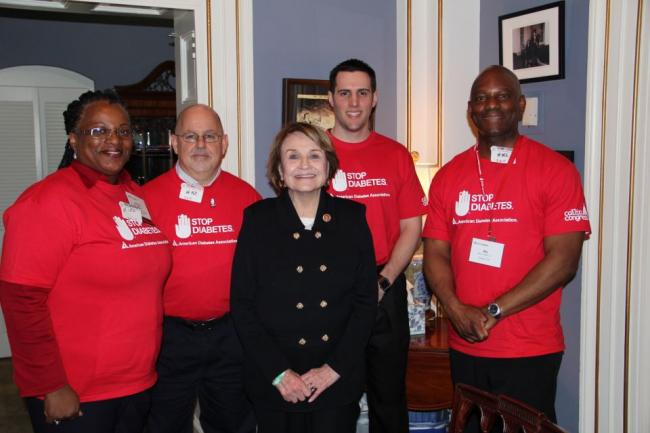 According to the CDC, 34.2 million Americans’ lives are affected by diabetes, and 88 million have prediabetes. The adults who had been diagnosed were found to also be smokers, overweight, and physically inactive. Though the diagnoses among adults have decreased over the past 10 years or so, the numbers for juvenile diabetes cases are on the rise.

The CDC reports that more people are developing type 1 and type 2 diabetes at a young and racial and ethnic minorities develop type 2 diabetes at higher rates. Further, it says “older people are more likely to have a chronic disease like diabetes,” which is an issue because our senior population is on the rise.

Congresswoman Slaughter empathized with and understood this health challenge and the ways in which it impacted the lives of those suffering from the disease. Her staff, led by Cindy Pellerini, her chief of staff at the time, thoroughly researched this issue. This led to her pursuing and supporting legislation and co-sponsoring several bills in the House that leaned toward prevention, research, and various community health projects. Slaughter was a fierce advocate for her constituents living with diabetes. As a public health scholar, she did not compromise in the face of such an illness that had become an epidemic in this country.

Most recently, in 2017, Slaughter and her constituents rallied around the defense of the Affordable Care Act which made provisions for those living with chronic diseases like diabetes, to receive treatment to improve care and health services, and access to prescriptions. In the same year, she also stood with a group of medical students at the “Protect Our Care Rally” to highlight the continued need to focus on the many issues concerning the citizens of upstate New York. Beyond these examples of her advocacy, there are frequent mentions of several bills that Slaughter and her staff either responded to or had to consider for debate and development from her colleagues in the House of Representatives (and, at times, other politicians in the Senate).

Regarding diabetes health advocacy for minorities, there was the Minority Diabetes Initiative Act (H.R. 2351) that sought to amend the Public Health Service Act to provide grant funding for diabetes treatment in minority communities. And, addressing the Native American population confronting the growing issues of Type 1 diabetes, she supported H.R. 2762 to “authorize appropriations for FY 2009 – FY 2013” for prevention, research, and “treatment through Indian health facilities.” Expanding on these measures also came to the Diabetes Prevention Access and Care Act of 2007 (H.R. 2210) that sought “to prevent and cure diabetes and to promote and improve the care of individuals with diabetes for the reduction of health disparities within racial and ethnic minority groups, including the African-American, Hispanic American, Asian American, and Pacific Islander, and American Indiana and Alaskan Native communities.” 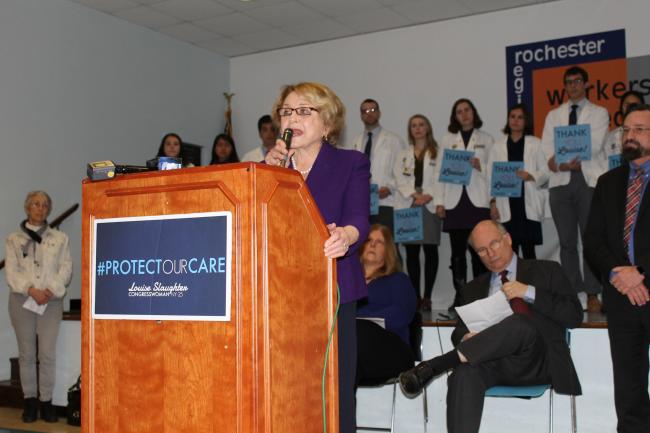 Women’s health was a major issue for Slaughter, and she made sure to support measures that conflated other issues that compounded or intersected with other conditions in women’s lives like the Gestational Diabetes Act of 2010 (H.R. 5354, also known as the GEDI Act) to provide for research funding to learn more about the prevalence of onset diabetes in pregnant women and for finding cures and better treatment options. It was also introduced again in the House as H.R. 1915 during the 113th Congress “to direct the Director of the Centers for Disease Control and Prevention to develop a multisite gestational diabetes research project within the diabetes program of the CDC to expand and enhance surveillance data and public health research on gestational diabetes.” Several other bills that also focused on diabetes health in this county made their way to her desk, including H.R. 2241 and H.R. 3544.

The amount of legislative measures that involved diabetes show the degree to which diabetes was becoming (has become) a major public health problem in the US. Slaughter, her staff, and the Women’s Caucus Health Taskforce took aim at diabetes seeking better ways to fund research that might reveal a cure and/or better treatments. During the month of November—National Diabetes Month—they sought to increase awareness and education about diabetes, expanding opportunities for better access to examinations and screenings and for public health policy reform.