Party your assonance off 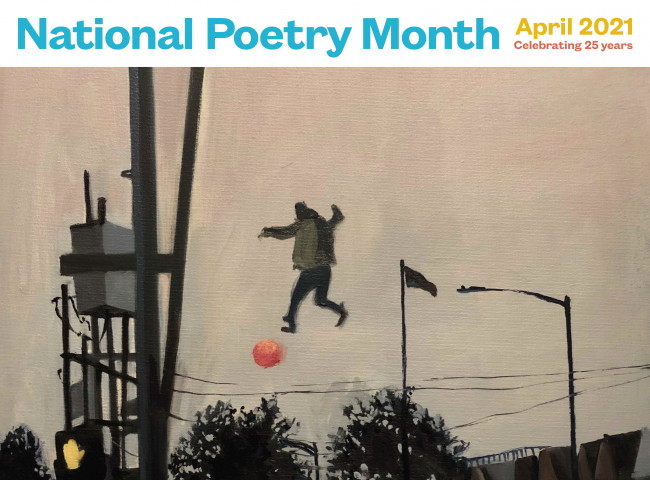 We are not now that strength which in old days
Moved earth and heaven, that which we are, we are;
One equal temper of heroic hearts,
Made weak by time and fate, but strong in will
To strive, to seek, to find, and not to yield.

If you don’t recognize the verse, these are the last lines of Alfred Lord Tennyson’s “Ulysses.” It’s about an aging, idle king, tired of sitting at home and yearning to set sail and explore. Same, Ulysses. Same.

Relatable state of mind aside, the reason we’re talking Tennyson is National Poetry Month is only a week away, and the University of Rochester’s Department of Rare Books, Special Collections, and Preservation (RBSCP) has a collection of the British poet laureate’s papers. In fact, the RBSCP has the papers of several poets. No—we don’t have a connection to Amanda Gorman (yet), but if you enjoyed her recitations at President Joe Biden’s inauguration and the Super Bowl, then you’re definitely in the right place.

We want to help you join the celebration of couplets and consonance, quatrains and refrains. But we don’t want to overwhelm you. After all, you have a month. So, we have selected three collections that we think you would enjoy exploring.

Jeffrey Allen Tucker, associate professor of English at the University of Rochester, interviewed Williams on several occasions on his book of poetry, Safari West.

“In June of 2015, upon hearing that John had passed, I recalled one of his poems,” Tucker says. “In honor of a deceased friend, ‘A Stone for Marty Scheiner’ acknowledges loss and absence; however, it also recognizes all that was made possible—including life, light, and kindness—by those who have left us.”

He was known by most as the author of the 1969 novel The Spook who Sat by the Door, which tells the story of a black CIA agent turned revolutionary. Yet, throughout his career, Greenlee took on the roles of playwright, poet, screenwriter, teacher, journalist, and talk show host, in addition to being a novelist. RBSCP’s collection on Samuel Greenlee celebrates his eclectic career that spanned more than 50 years.

“Greenlee was no stranger to controversy,” says Emilee Brecht ʼ19, winner of the 2019 Dean’s Prize in Creative Writing for Poetry. “His poems possess charged, politically-minded attitudes toward their subjects, yet are balanced by moments of surprising musicality and rhythm. For example, ‘Tomorrow?’ stands out as one of his poems that delivers the same poignancy as his other poems, yet develops a more drawn-out, fluid rhythm that contrasts with his shorter, terser poetry.”

Tomorrow is gonna
be my day! Unless,
that light at the end
of the tunnel is a not
a not so slow-moving
freight train coming
my way!

A journalist, author, and English professor emeritus at SUNY Stony Brook, Clemente was also an acclaimed poet. His interests and inspiration—and the subject of much of his poetry—often came from local surroundings and artists. He was the recipient of many awards and honors, including grants from the New York State Council of the Arts and the National Endowment for the Arts. He was also the recipient of the first North Sea Scene Poetry Recognition Award.

Welsh poet Peter Thabit Jones was a close friend of Clemente’s who recently edited Remembering Vince Clemente. The poets’ friendship began in 1997. They exchanged letters and poem manuscripts for almost 20 years. Today, Jones’s writing room is full of Clemente’s gifts, including works from some of his favorite authors, such as Walt Whitman, Robert Frost, and John Hall Wheelock.

“He taught me so much about American poetry,” Jones says. “His own superb poetry shone with the honesty, gentleness, and sheer intelligence that made his letters so very special and so very interesting. I shall cherish his friendship forever.”

Other RBSCP poetry collections to consider:

We’ll close as we opened—with the words of Tennyson. However, this poetry is not found not in a poem, but in the play “The Foresters:”

Hope smiles from the threshold of the year to come, whispering, “It will be happier.” ∎

Photo credit: Bao Lu, a twelfth-grade student from Edward R. Murrow High School in Brooklyn, New York. Lu was the winner of the 2021 National Poetry Month Poster Contest. For more information on any of these collections or others, contact Rare Books, Special Collections, and Preservation at rarebks@library.rochester.edu. Enjoy reading about the University of Rochester Libraries? Subscribe to Tower Talk.