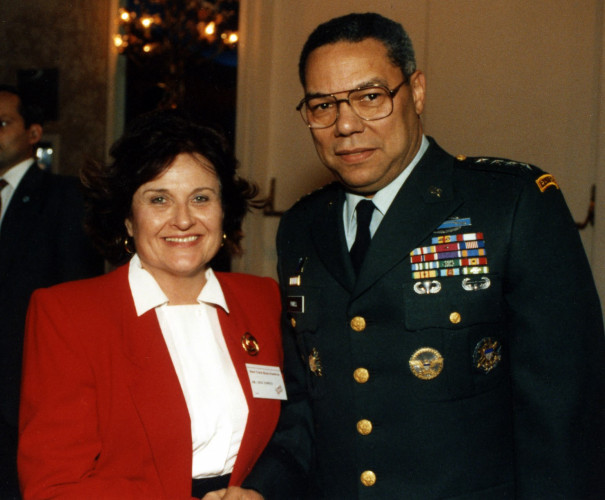 Happy Memorial Day, everyone. Because today is a day when we honor the soldiers who are no longer with us, we need to make it clear that as of this posting, the man posing with the congresswoman is alive and well. For those who do not recognize him, meet former United States Secretary of State Colin Powell.

This photo may have been the first time the congresswoman and Powell met, but it likely wasn't the last. It's possible the two reunited at the University of Rochester's Meliora Weekend in 2007. Powell came to the River Campus to provide the keynote address, in which he discussed the roles of diplomacy and military force in fighting the war on terrorism. Meanwhile, Louise was a panelist for the "Presidential Symposium on Great Issues of the 21st Century: Faith, Science, and Politics."

Our hat is off to those who lost their lives while serving in the United States Armed Forces. And to any military veteran who may be reading: Thank you for your service. ∎

Do you have information or insight on this photo? Share it with us!