Research is the Rochester way

Research is part of Rochester’s DNA, and a new group of undergraduate students has been recognized for doing it exceptionally well. 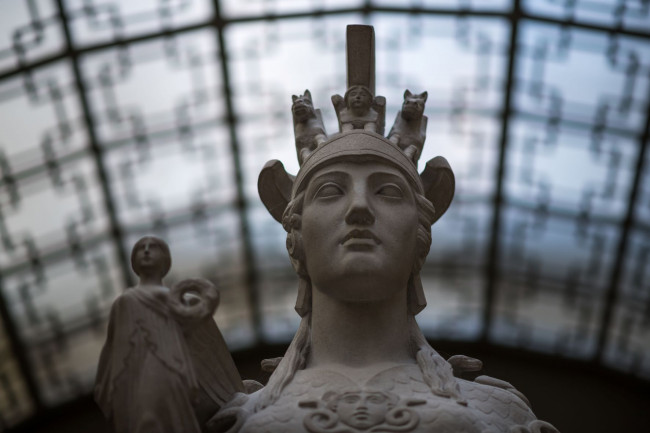 In the Star Wars universe, Mandalorians are a diverse clan that shares a way of life and lives by a code, communicated in a single phrase: “This is the way.” The University of Rochester—a community of students, faculty, and staff from around the world—is no different. Our “way” is never settling for the world as it is and an agreed standard for what it can and should be. We’ve boiled this perspective down to a single word and made it our motto, Meliora, Latin for “ever better.”

One of the most inspiring manifestations of Meliora at Rochester is student research. While many Rochester students are natural explorers and investigators, the Friends of University of Rochester Libraries (FURL) decided to stoke their curiosity.

To encourage undergraduate students to get involved in research, FURL created the Research Initiative Award (RIA) in 2014. Students who apply are working on a capstone or independent research project or a senior thesis. The award is designed to recognize the excellence of the early phases of research, which includes working with faculty and librarians. Last year, no award was given due to the RIA being on hiatus, but it came back stronger than ever. Udo Fehn, chair of the RIA committee and professor emeritus of earth and environmental sciences at Rochester, said FURL saw a record number of applications for the 2021 award.

“We had one truly outstanding project that rose above four other excellent submissions,” says Fehn. “We congratulate the prize winners and wish all participants from the competition the best for their continued research on their projects.”

This year, FURL awarded one grand prize ($1000) and four runner-up prizes ($500) for excellence in natural sciences, social science, humanities, and engineering. On behalf of FURL, we present the 2021 Research Initiative Award winners. 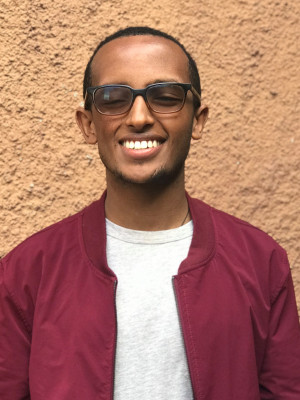 Project summary: Nanoparticles (NPs) have shown promise as a solution to drug delivery challenges to treating cancer. But to our immune systems, NPs are invaders that need to be cleared out of the body. Sometimes, like in the case of a tumor, the NPs haven’t had enough time to deliver the drug before they’re bounced. This project is an effort to help NPs look like less of a threat so they can stay in the body long enough to do their job.

MEKONNEN, a biomedical engineering major, is a pre-med student with a deep interest in cancer research—specifically the kind that seeks to improve treatment. However, in 2019, when he reached out to Danielle Benoit, professor of biomedical engineering, he had no idea how NPs could play a role in his ambitions because he didn’t know what NPs were.

Now, Mekonnen has a general understanding of NP properties, delivery mechanisms, and how to overcome the challenges they face in delivery. He believes his project can enhance NPs ability to deliver drugs to tumor sites and has mapped out the project’s next steps, which would involve in vitro testing.

The award, which Mekonnen greatly appreciates, recognizes his work, but he views it as validation for all the support he received. “I’m incredibly grateful to Dr. Benoit and her team of postdocs and graduate students,” he says. “I consider myself extremely lucky to be surrounded by a team of researchers who are dedicated and share my passion for improving drug delivery.”

There may be a gap year or two in Mekonnen’s future, but he plans to return to his research. “Ultimately, my goal is to continue to work on the nanoparticle-mediated drug delivery and improve cancer treatment.” 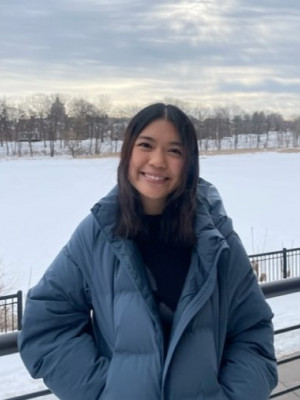 Project summary: It was generally understood that methane doesn’t typically occur in bodies of water where oxygen is involved or present. That understanding was challenged by the discovery of methane production in oxic water columns in freshwater lakes. Several different experiments have been conducted on two ways that this phenomenon can occur. This project compares the two main pathways to determine the dominant pathway and whether it significantly impacts the lake’s contribution of methane to the atmosphere.

PINPOKINTR grew up in California but came to Rochester not knowing a ton about the ocean. Choosing to major in environmental science allowed her to learn more about her home’s natural border. It also allowed her to feed her interest in climate change.

Pinpokintr’s research topic began with a fascination with the ocean. Then, with counsel from her advisor and a lot of reading, she narrowed her focus to studying how phytoplankton blooms cause methane production in oxygenated water. But the more she read, the more her topic mutated, and eventually, she ran into a concept highlighting methane as a byproduct of a process and oxygen as an end product of another. This chance encounter became the foundation of her project.

One of Pinpokintr’s greatest revelations from this experience came after learning about her award. “I saw the list of the other awardees and thought, ‘I did not know any of this was going on,’” she says. “I really only know what’s happening in natural sciences, but there was a study on love and relationships in black literature, which was so cool. And, of course, the grand prize winner’s cancer research, which is crazy. It was really cool to see and hear about all the other research happening on campus.” 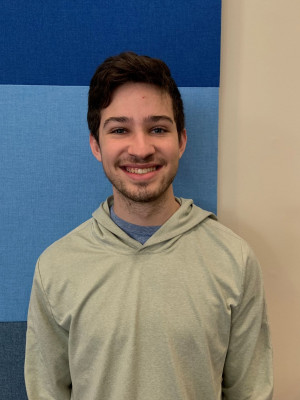 Social Science: Ethan Sawyer ʼ23 (T5) | The Impact of Gangs and Crime on Education

Project summary: Where you spend your childhood can significantly impact who you become. When considering all the variables, a key question is why some environments generate better outcomes than others? This project explores the impact gangs and crime have on education, specifically in Chicago regarding attendance, dropouts, suspensions, expulsions, test scores, and other measures of academic progress.

SAWYER, a Chicago native, grew up reading and hearing about gangs. Despite his family living in an area far removed from any gang-related violence or crime, the fact that it was a part of his city stuck with him. This reality and data collected by Jesse Bruhn, an economist at Brown University, got him, an economics major, thinking about the extent to which gangs have an impact on their respective communities.

Sawyer is at the beginning of his research, which is primarily a data-gathering phase. From here, he will develop a research methodology, incorporate literature related to gangs, crime, and education for a qualitative and quantitative background, and then begin cleaning, merging, and analyzing data. And that’s just this spring. His projected timeline has him continuing to analyze data into the fall and documenting his findings early next year.

Unlike other applicants, who were encouraged to apply for the RIA award by a professor or librarian, Sawyer stumbled onto the award while browsing online.

“I was excited,” says Sawyer about receiving the award. “I had no idea what to expect or how competitive it would be. Part of the reason it’s exciting is because of the cost of some data I’m still trying to acquire.” 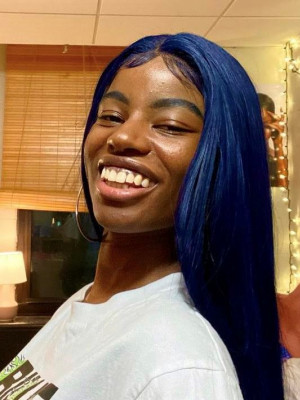 Project summary: Romantic literature is predominantly white. And African American literature is typically only considered for academic teaching when it’s “serious.” The combination of these realities leaves little room for the Black romance novel. It's important that educators not only choose to teach Black narratives that focus on trauma, suffering, or overcoming systemic adversity but also include stories of love, joy, and success. This project examines 21st-century contemporary romance novels written by African American women to determine what they teach us and how they do it.

TAYLOR has always loved to read, and romance novels earned a special place in her heart. She enjoyed how they allowed her to escape from reality while relating and connecting with the characters. But as she grew older, only reading about white, heterosexual relationships made it harder for her to see herself in these stories. Slowly, she began reading more Black romances.

It wasn’t until Taylor, a language, media, and communication major, attended a research symposium that she began thinking about how Black literature could be explored and taught. She wanted to focus on romance novels by Black female authors in the interest of exploring their voices in a way that goes beyond their trauma. Additionally, Black romance novels focus on social realism, which presents and helps audiences understand a range of Black experiences and perspectives.

The symposium was part of the McNair Scholars Program to which Taylor was accepted. “I’m planning on pursuing a PhD in English,” Taylor says. “Romance is still an underrepresented genre in academics, but these novels help people see intersectional identities and subvert the stereotypes portrayed in the media. My goal is to teach these novels that shape how we view Black identities in a college setting.” 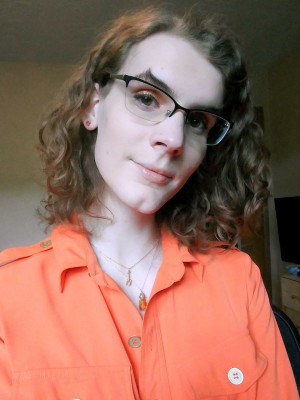 Project summary: Fiber optic communications require two fundamental components: fiber optic wires, which carry modulated light (instead of electricity), allowing for almost instantaneous data transmission, and photonic integrated chips (PICs). A new way of packaging this team is to melt the fiber and PIC glass, fusing them. This project aims to fuse a chip and a fiber or otherwise demonstrate fiber-to-chip coupling using only electric-arc methods, which has only ever been done for fiber-to-fiber coupling.

FERWALT, an electrical and computer engineering major, saw photonics research as an interesting way to shake up otherwise electrical-heavy studies. So, she asked Jaime Cardenas, assistant professor of optics, about Rochester’s summer photonics REU, and by June 2021, she was elbow-deep in research—she was hooked.

Ferwalt was already working on a project with Cardenas when he brought this splicing project to her attention. He told her what it would involve, which was all kinds of engineering, and she said, “Sign me up!” That launched what has been a self-directed project that has Ferwalt responsible for tasks like solving the physics and programming the device (or taking an angle grinder to it, if necessary). But she also spent weeks reviewing literature and independent studies to grasp the entirety of her challenge.

“I’ve found that research, in a way, is tracking down who can help you the most,” says Ferwalt, “whether that’s a peer connection at a research symposium or the author of a frequently cited paper. In the end, it’s all people helping people, and I want to connect with others as much as I can, which is why I appreciate fiber optics in particular. Working on the technological heart of the internet is my way to help facilitate those relationships.” ∎

If you have any questions about this award or the application process, please contact Kim Osur, develop manager for the River Campus Libraries at kimosur@rochester.edu.