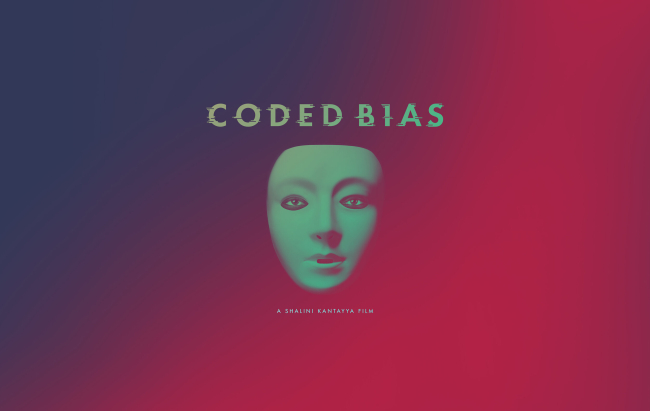 For those who don’t celebrate it annually, National STEM Day was November 8. The day is meant to inspire the exploration of and promote education through science, technology, engineering, and math. Unfortunately, it’s also a good time to recognize something less joyous: Black, Indigenous, and People of Color (BIPOC) communities are sorely underrepresented in STEM fields. And according to current education trends in a report from the Pew Research Center, this isn’t changing soon.

For an example of why this matters, look no further than artificial intelligence (AI). If someone designing an AI system has overt or even unconscious bias against individuals or groups based on race, gender, ethnicity, sexuality, age or other characteristics, it could be reflected in the programming, causing harm to those users. Established by computer scientist Joy Buolamwini, the Algorithmic Justice League exists to “raise awareness about the impacts of AI, equip advocates with empirical research, build the voice and choice of the most impacted communities, and galvanize researchers, policymakers, and industry practitioners to mitigate AI harms and biases.”

Buolamwini is among an initial group of scientists featured in a new and ongoing BIPOC STEM Project at the University of Rochester. Staff from the Physics-Optics-Astronomy (POA) Library and Carlson Science and Engineering Library have teamed up to highlight BIPOC STEM experiences and research to aid in dismantling the systemic racism that has shaped the scientific community.

In the spring of 2020, the deaths of Daniel Prude, Breonna Taylor, and George Floyd were the most recent in a continuing trend of police officers taking the lives of Black people. And it was a breaking point for the STEM community

On June 10, 2020, STEM professionals organized to #ShutDownSTEM and #Strike4BlackLives. At Rochester, this manifested in a group of graduate students within the Department of Physics and Astronomy suggesting the day be devoted to examining how the University could support current BIPOC students and proactively encourage future BIPOC students and scholarship. POA Library was tapped to help.

“I quickly collected some articles in our databases on the BIPOC-STEM student experience,” says Jeff Jones, section supervisor for POA. “Then we pushed it further and started talking about identifying and highlighting physicists and astronomers.”

When it became clear he was at the beginning of something rather than the end, Jones formalized and expanded the scope of the work, launching the BIPOC STEM Project. Formalizing the project included welcoming Carlson partners Sue Cardinal, a STEM librarian, and Sarada George, a library assistant. Lara Nicosia, a humanities librarian from Rush Rhees Library, was also added to the team for as a non-STEM contributor because of her specialty history and technological skills. There’s also the hope that the project will eventually grow beyond STEM.

For every action, there is an equitable and inclusive reaction

At the root of the BIPOC STEM Project is the belief that libraries not only have a vital role in addressing the lack of BIPOC representation in the STEM community, but they also share the responsibility for its existence.

“The first thing we had to do was acknowledge that we are part of traditional academia, which has been largely exclusive,” says Jones. “And that leads to the second thing, which is that our collections reflect a lot of bias. If we’re only focusing on a narrow group of people, we’re not presenting an accurate representation of the current state of scientific research.”

But there are no quick fixes here. Jones and his team know that one of the most significant outcomes of this project will be creating momentum in a more inclusive direction. To achieve that, they aimed to develop and highlight BIPOC STEM resources that would

From these broad goals, the team has succeeded in delivering a BIPOC in STEM research guide and, working with the River Campus Libraries collections, acquisitions, and metadata teams, adding 36 new resources to establish a new BIPOC STEM collection.

The limit does not exist

The BIPOC STEM Project is only getting started. As part of this initial phase, the team’s deliverables included a list of recommendations to ensure its continued progress and ultimate success, like going through Rochester’s existing collection to see what would qualify for the BIPOC STEM collection. Out of all the guiding wisdom, the most important and lasting action that could be taken would be to operationalize the project’s vision.

“We need to somehow turn this into standard practice,” Jones says. “Looking for these materials has to become another lens for our

librarians. It needs to become part of the regular work rather than a separate project.”

Even if the libraries succeed in standardizing these efforts, the work will have challenges. For example, early on in the project, the team wasn’t sure how they would find work by and about BIPOC scientists. Cardinal found a way for the team to overcome this hurdle by discovering WorldCat Identities.

WorldCat is basically a catalog of the world’s information, whereas WorldCat Identities is specific to authors. So, a search for “Neil deGrasse Tyson” will yield a list of what he has written and what’s been written about him. Part of what made this such a valuable find was it uncovered new kinds of materials, chief among them was The HistoryMakers Digital Archive, a repository for oral histories on the Black experience, which Rochester now subscribes to.

“We knew we had a lot of articles,” says Cardinal, “but we didn’t necessarily have books and other materials. We found a documentary on Joy Buolamwini that we didn’t have and Chinese materials on Steven Chu. And HistoryMakers is a unique resource with a lot of BIPOC voices, so I’m hoping it gets a lot of use so we can continue to offer it.”

The project faced another, more fundamental challenge, and that’s “Who is BIPOC?” It’s not easy to identify BIPOC scientists from a simple list of resources, partially because many commercial publishers have only recently started to identify work published specifically by BIPOC authors. Plus, there’s the behind-the-scenes library conundrum that classifying an author as BIPOC without their consent is ethically problematic, and that, too, contributes to that challenge of highlighting these materials. To address this, future phases of this project will seek to engage the University community to guide collection-building because, for every deGrasse Tyson, myriad BIPOC scientists work in obscurity.

“Uncovering an overlooked or unknown person is just as important as including someone who has a documentary about them,” Jones says. “Representation matters. Finding people who look like you, who are doing inspiring and consequential work in the scientific world matters.” ∎

To learn more about the BIPOC STEM Collection, contact Jeffery Jones. Want to add materials to the collection? Recommend a purchase.