The New York University philosopher is the author of a new book that contends virtual reality is reality, too. 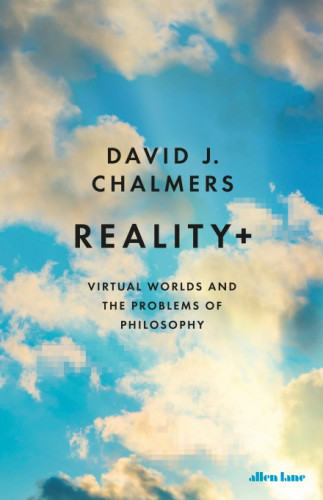 In 1999, the Wachowskis gave us the sci-fi action film The Matrix. Most who saw it responded in the same way Keanu Reeves’ character does when he watches a man leap an impossible distance between two skyscraper rooftops: “Whoa.”

The film amazes with physics-defying fight sequences, but its plot delivers an existential gut punch: the “real world” isn’t real. There’s an expository scene in which a man named Morpheus, talking to an uninitiated hacker named Neo (and maybe the viewers too), challenges the common perception of reality.

“What is ‘real’? How do you define ‘real’? If you’re talking about what you can feel, what you can smell, what you can taste and see, then ‘real’ is simply electrical signals interpreted by your brain.

[In the scene, he clicks on a vintage television.]

This is the world that you know. The world as it was at the end of the 20th century. It exists now only as part of a neural-interactive simulation that we call the Matrix. You’ve been living in a dream world, Neo.”

Are we, right now, living in a dream world? David Chalmers, professor of philosophy and codirector of the Center for Mind, Brain and Consciousness at New York University, says we can’t say we aren’t.

A leading philosopher of consciousness and philosophy of mind, Chalmers tackles the Matrix-style simulation, the Zuckerberg-fueled metaverse, and other techno-philosophical questions in Reality+: Virtual Worlds and the Problems of Philosophy. The book’s main thrust, which Chalmers puts front and center, is virtual reality is genuine reality. He uses that thesis to explore what makes something real and how our perception of reality affects the value of our experiences.

Chalmers will be coming to the University of Rochester, virtually, on April 6 to discuss these ideas as part of Studio X’s Voices of XR series made possible by University Life Trustee Kathy McMorran Murray ʼ74.

Anyone who is thinking, “I need to read the book before I attend this talk,” Kate Phillips ʼ15, associate professor in the Writing, Speaking, and Argument Program, is on the same page. Philips organized and will be leading a casual reading group for Reality+, starting February 4. The group will meet biweekly, using a hybrid format so that readers can participate in person at Studio X or on Zoom. And thanks to generous funding from the Humanities Center and River Campus Libraries, books will be provided with the caveat that you have to join and attend the reading group.

Fill out this short form to join the group.

Chalmers is only part of the Voices of XR lineup for the spring semester. While many of the speakers and dates are still being finalized, Kavya Pearlman, founder of XR Safety Initiative (XRSI), has also been confirmed. Pearlman will speak on XRSI, which promotes privacy, security, and ethics in immersive environments, on March 18. ∎

For more information about Voices of XR or the reading group, contact Meaghan Moody, immersive technologies librarian, at mmoody@rochester.edu.