We have met the editor, and she is me

On a search for a research journal editor, a River Campus Libraries librarian ended up finding herself. 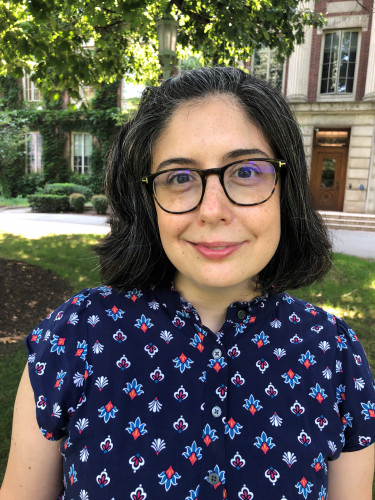 Several months later and still no editor, the search committee, which ended up posting the job, found itself in a meeting discussing the position. At one point, someone turned to Totleben and asked, “Why don’t you go for it?” It was a popular suggestion among most committee members not named “Kristen.” It wasn’t that Totleben didn’t like the idea; it’s just that she wasn’t immediately sure how it would fit in with her professional and personal lives. She needed to do some thinking on it—about three days’ worth. After shaking off the last of her uncertainty, Totleben emailed search committee chair, Julia Gelfand, letting her know she was leaving the search committee to apply for the role. On July 8, Totleben and her husband were battling to complete cities and cloisters in the board game Carcassonne when an email announced that Totleben is the next College & Research Libraries editor.

The ACRL board of directors was “thrilled” to name Totleben as editor, said board president Julie Garrison in the ACRL Insider announcement.

“Her experience,” continued Garrison, “and familiarity with the ACRL publication program, knowledge of editorial processes and the scholarly communication landscape, and emphasis on collaboration between the editor, editorial board, and authors, make her the ideal candidate to lead the journal.”

Totleben will serve as editor designate until her official tenure begins on July 1, 2022.

College & Research Libraries is an open-access journal whose content can be read, downloaded, copied, and distributed free of charge. As the editor, Totleben will oversee a pool of hundreds of journal submission reviewers. She will also be responsible for assembling each issue with the partnership of editorial assistants, the book reviews editor, the ACRL’s production editor, and input from the College & Research Libraries editorial board.

Although Totleben initially balked at the idea of pursuing this position, the reality is there’s little she would rather do more. She referred to the opportunity as “kind of a dream,” which is a colossal understatement.

“I’m an idea person,” Totleben says. “I enjoy hearing what others are thinking about and surrounding myself with new ideas. And then that feeling is enhanced by supporting that work by helping to promote it and get it published.

“I was having coffee with a friend the other day, and I described this work as something I would do without anyone knowing. I would still want to do it if it was a secret. I love the ideas that much. They inspire my day-to-day work.” ∎

If you would like to know more about the journal College & Research Libraries or Kristen Totleben’s work, contact Totleben at ktotleben@library.rochester.edu.