'We want more, and we will have it' 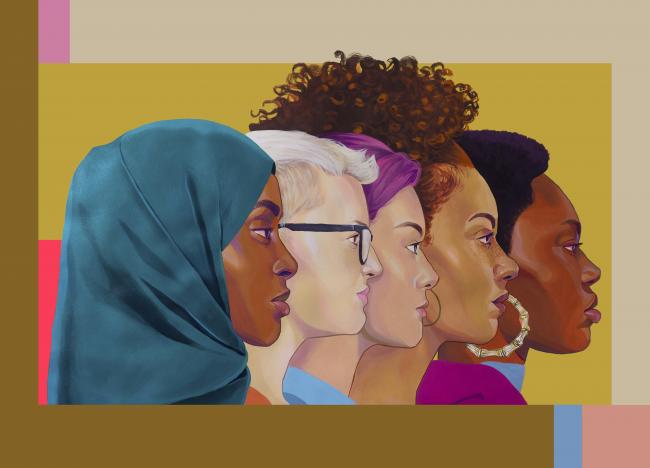 As the nation mourns the loss of iconic Supreme Court Justice Ruth Bader Ginsburg, it is also celebrating her life and what she did with it. The second-ever woman to serve on the Supreme Court, Ginsburg was a feminist warrior. She broke through gender barriers (first woman on the Harvard and Columbia Law Review), fought sex-based discrimination (a champion for equal pay), and advocated for women’s rights through litigation (co-founder of the ACLU’s Women’s Rights Project). A New York Times Magazine article offers a succinct perspective of Ginsburg’s fortitude: “She reached the pinnacle of her profession by refusing to let other people tell her what she could do.”

While Ginsburg was working for women in the national courts, she had contemporaries in the City of Rochester, who also wouldn’t take “No” for an answer, giving women a voice in local politics, education, and other spheres. Many of these women are the subject of a new digital exhibit from the River Campus Libraries’ Department of Rare Books, Special Collections, and Preservation (RBSCP), We Want More and We Will Have It: Women Running Rochester.

Women Running Rochester is rooted in the legacies of feminism’s foremothers. The exhibit celebrates Susan B. Anthony’s 200th birthday (February 15) and the 100th anniversary of the ratification of the 19th amendment (August 18), part of the University of Rochester’s Celebration 2020. Its title honors the words of women’s rights activist and abolitionist Sojourner Truth, who said: “Women don’t get half as much rights as they ought to; we want more, and we will have it.”

“Our women’s rights exhibits in the past were often focused on our incredible Susan B. Anthony holdings,” says Autumn Haag, assistant director of RBSCP and one of six exhibit curators. “But there are a lot of women who came after Anthony who changed Rochester for the better.” The exhibit highlights three of Anthony's successors: Margaret “Midge” Costanza, Ruth Scott, and the Honorable Louise Slaughter. (Of course, Anthony is also featured.) Although these Rochester icons receive special attention, the exhibit explores the impact women have had on the City of Rochester through a range of themes and topics.

“My favorite [theme] is education,” Haag says. “It’s the cornerstone of all the other areas. Susan B. Anthony worked as a school teacher and saw firsthand the importance of education, which led to her saying, ‘Organize, agitate, educate, must be our war cry.’”

The education page touches on schooling for girls and women—including new immigrants—employment as teachers and administrators, and an opportunity to hold public office. It also calls attention to the first female elected official in Rochester, Helen Barrett Montgomery, who was elected to the Rochester School Board in 1899, 20 years before women could vote in Federal elections. Other significant themes include politics, the arts, work, philanthropy, religion, activism, and the University of Rochester, as well as letters, photographs, political buttons, and other impressive materials and ephemera.

Although Women Running Rochester exhibits an impressive breadth and depth, it does have gaps, which Haag acknowledges in the exhibit’s introduction. “This exhibition is not comprehensive,” she writes. “It does not include Haudenosaunee women, who lived in the Rochester area long before white colonizers arrived. The exhibit is based on our collections, and our collections are not reflective of the many thousands of women, including women of color and poor women, who influenced the city.”

All of the collections and pieces on display were meant to be shared quite differently.

Women Running Rochester was originally scheduled to launch as a physical exhibit within RBSCP on March 16. Then, COVID-19 happened. When the River Campus closed and on-campus experiences were paused, work began to move the exhibit online. Jessica Lacher-Feldman, exhibitions and special project manager and cocurator of the exhibit, says the digital presentation offers the original vision with the added benefit of pathways to additional resources.

“We hope that viewers see this as a starting point,” Lacher-Feldman says. "The exhibit is intended to educate, but also spark interest in exploring further and  learning more about women in the Rochester community.”

RBSCP’s wealth of collections on suffrage and women’s rights has drawn researchers from around the globe. Women Running Rochester helps link generations of activists together and provides inspiration for women to pick up the torch and continue “running.” ∎

Credit for this story's lead photo: Mural (untitled), by Brittany Williams, acrylic on paper, 2020. For more information on or questions about We Want More and We Will Have It: Women Running Rochester, contact Autumn Haag at ahaag@library.rochester.edu or Jessica Lacher-Feldman at jlf@rochester.edu. You can also provide feedback on the exhibit to rarebks@library.rochester.edu. Enjoy reading about the University of Rochester Libraries? Subscribe to Tower Talk.