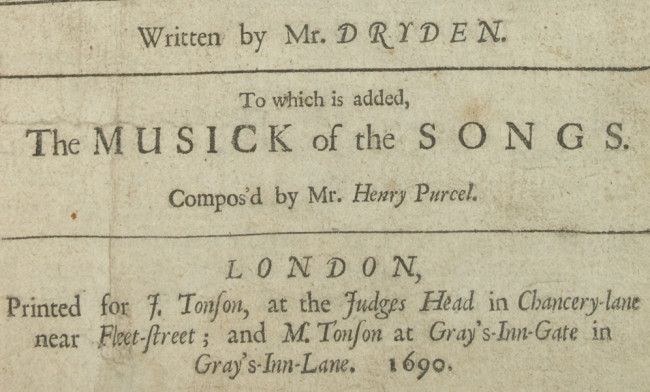 According to Greek mythology, Amphitryon (in the literal sense "harrassing both sides") was the son of Alcaeus, King of Tiryns. Having accidentally killed his uncle Electryon, he was banished by another uncle, Sthenelus, and had to settle in Thebes. The most famous segment of his complex mythological life, and the theme often adapted by numerous authors in antiquity, involves the wife of Amphitryon, Alcmene. During Amphitryon's absence, she became pregnant by Zeus, who disguised himself as her husband. Upon the return of her real husband, she again became pregnant and, eventually, twin boys were born of these unions: Iphicles was the son of Amphitryon, and Heracles the son of Zeus. Although the tale was first employed by Greek tragedians in the fifth century B.C.—Sophocles wrote a tragedy calledAmphitryon, now lost—the earliest extant dramatic version is a comedy written by the Roman comic playwright Plautus (c. 254-184 B.C.). In turn, this piece inspired the version by Molière (1622-1673), first published in 1668. Dryden's Amphitryon is based on the treatments by both Plautus and Molière. 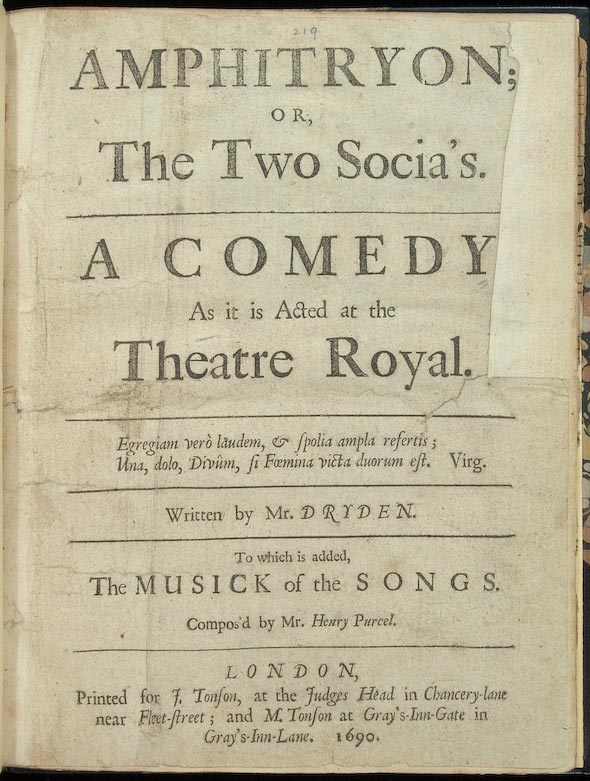 Dryden's play was first performed at the Theatre Royal early in October 1690 (Macdonald, 1939: 130). As patron for this work Dryden chose Sir William Levenson Gower (c. 1647-1691), fourth baronet of Stittenham, Yorkshire. After reading the dedicatory epistle addressed to Gower, one realizes that Dryden is searching not only for a patron but also for an ally to console him in his political and social isolation following the Glorious Revolution (1688-9), in which the Catholic James II was removed from the throne and replaced by his daughter Mary and her husband William III of Orange (1659-1695). As a recent Catholic convert and a long-time supporter of the Stuarts, Dryden could not take the oath of alliance to the new monarch, thereby losing his offices as Poet Laurate and Historiographer Royal.

"Tis upon this knowledge of you, Sir, that I have chosen you, with your permission, to be the Patron of this Poem. And, as since this wonderful Revolution, I have begun with the best Pattern of Humanity, the Earl of Leicester; I shall continue to follow the same Method, in all, to whom I shall address; and endeavour to pitch on such only, as have been pleas'd to own me in this Ruin of my small Fortune; who, though they are of a contrary Opinion themselves, yet blame not me for adhering to a lost Cause; and judging for my self, what I cannot chuse but judge; so long as I am a patient Sufferer, and no disturber of the Government." (A2v) 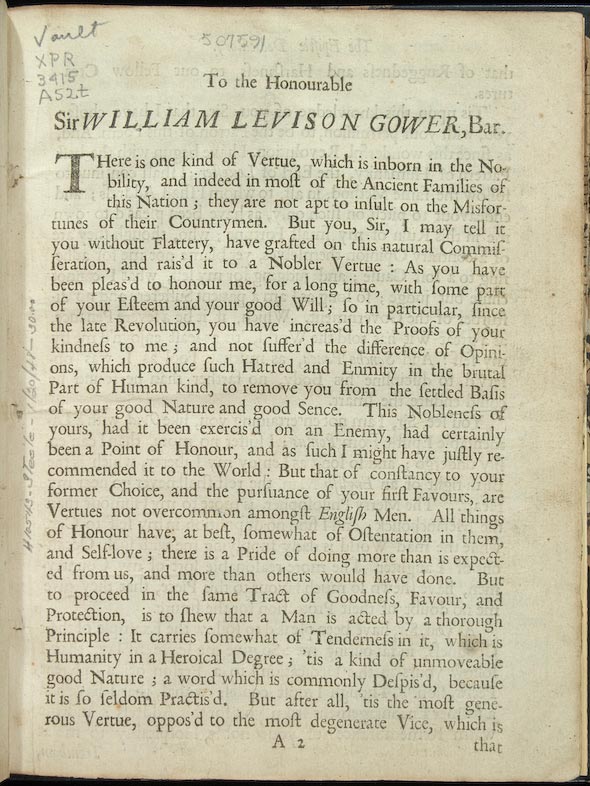 In the same dedication the author admits what many literary critics would later confirm. The artistic merit of the play lies in the songs composed by Henry Purcell (1659-1695):"

'Tis enough, that the Reader know by you, that I neither deserve nor desire any Applause from it: If I have perform'd any thing, 'tis the Genius of my Authors that inspir'd me; and if it has pleas'd in Representation, let the Actors share the Praise amongst themselves. As for Plautus and Moliere, they are dangerous People; and I am too weak a Gamester to put my self into their Form of Play. But what has been wanting on my Part, has been abundantly supplyed by the Excellent Composition of Mr. Purcell; in whose Person we have at lengh found an English-man, equal with the best abroad. At least my Opinion of him has been such, since his happy and judicious Performances in the late Opera; and the experience I have had of him, in the setting my Three Songs for thisAmphitryon: To all which, and particularly to the Composition of the Pastoral Dialogue, the numerous Quire of Fair Ladies gave so just an Applause on the Third Day." (A3r). 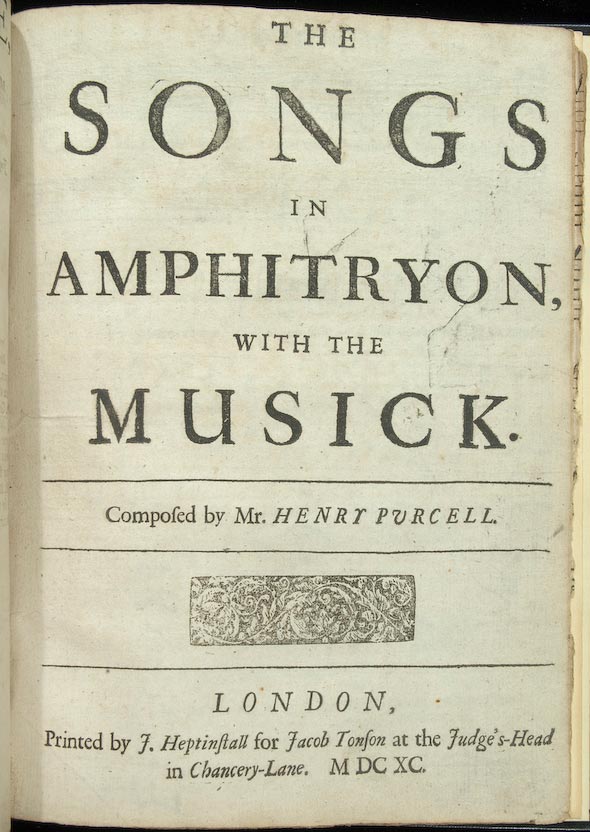 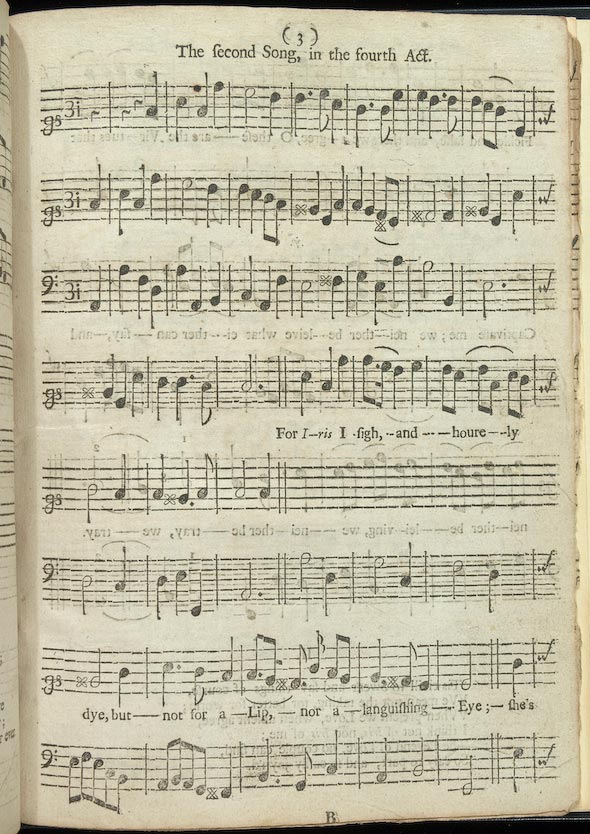 Our copy is the first edition and first issue of the play (Macdonald, 1939: 90a i). A second issue of this first edition was printed shortly afterwards, containing the following variants and corrections: the title page is dated 1691, the Socia in the third line is spelt Sosia, and the speaker of the prologue is properly corrected to "Mrs." instead of "Mr. Bracegirdle" (Macdonald, 1939: 90a ii;). These changes were all applied when the sheet with the signature A was being printed.