You Can Hear It Now, in Review

Winston Churchill, Edward R. Murrow, Muhammad Ali, and Barbara Jordan all spoke to audiences at the University. Were you there? 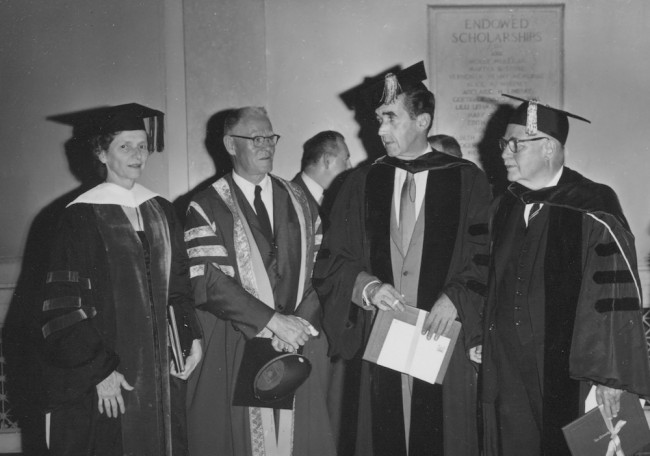 The Ask the Archivist column in the Spring 2021 Rochester Review answered a question from University alumnus and professor, Richard Ralston, who asked about four dynamic and compelling speakers who visited Rochester and spoke to University students.  You can read the article here.

Professor Ralston specifically asked if it was possible to see or hear these speakers in action. The University Archives has a remarkably rich collection of audiovisual materials, including audio recordings of campus events from as early as the 1930s.

Churchill was not present in Rochester, so there are no pictures of him in the Eastman Theatre, where Commencement was held on June 16, 1941. But the prime minister's familiar face was easy for the attendees to visualize, and a drawing was created by Judith Olmsted Ewell for the cover of the Rochester Review issue for June-July 1941. 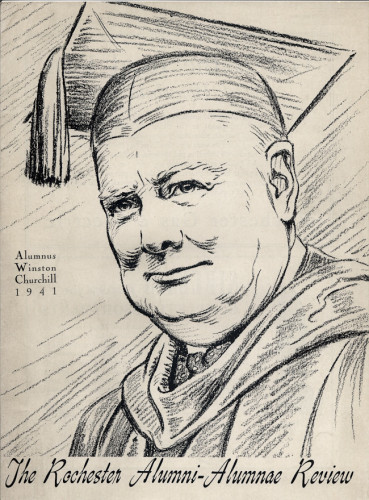 The Churchill speech at the 1941 Commencement can be heard here.

Edward R. Murrow visited Rochester to participate in a Conference on Peace in 1961. He spoke at a panel session in Strong Auditorium, and his remarks are available here.

Muhammad Ali spoke at the Palestra in 1971--alas, no audio was apparently made. Several photographers were present and the Campus Times featured  one on the cover. 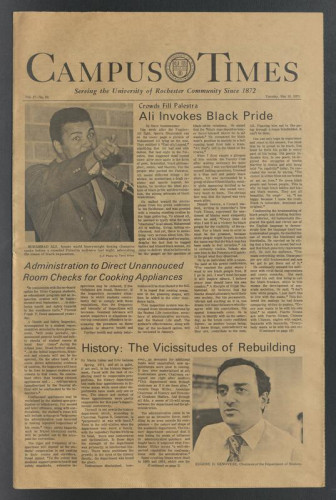 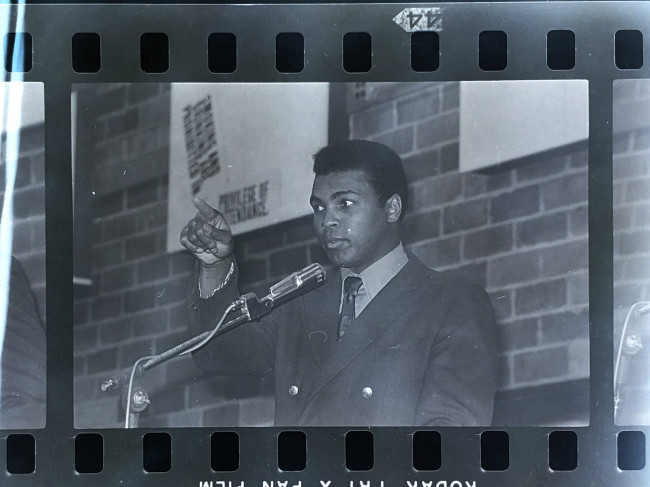 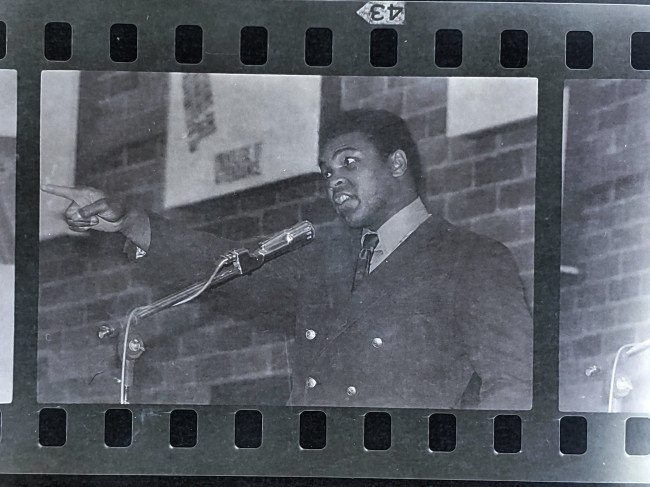 Scott Brande (Class of 1972) captured Ali in action at the podium in the Palestra, and shared these images with the Archives.

Barbara Jordan's visit to campus in April 1974 was not extensively covered or recorded, and there were only two brief articles in the Campus Times: 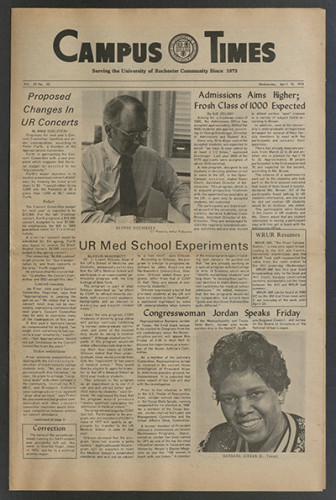 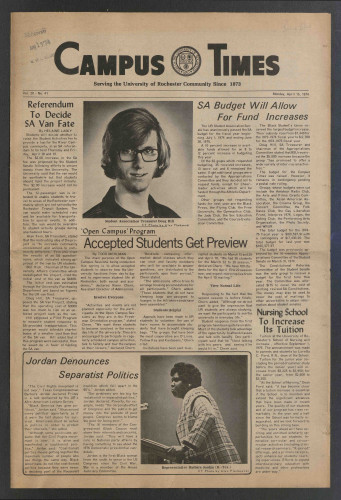