Baseball and Frank Zappa, in Review

A recent "Ask the Archivist" column posed questions about the early history of baseball at the University, and Zappa's performances in Rochester 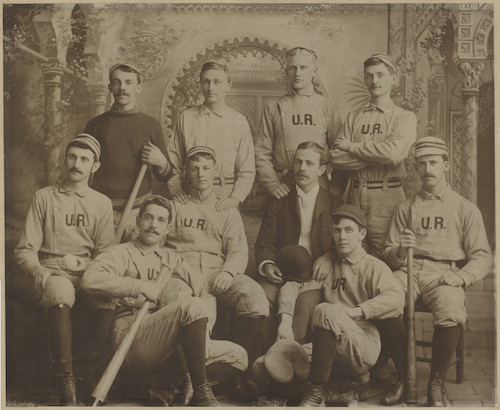 The May-June 2018 Rochester Review "Ask the Archivist" column -- Was the University a Player in the Invention of Baseball? -- answered two questions from alumni: the first asked when baseball started at the University and whether Alexander Cartwright had a role. The second hoped to confirm whether Frank Zappa had ever performed on campus.

The answer to the Zappa question is "no," and those who prefer music to sports can skip ahead to the Zappa reviews from the Campus Times below.

But a reader of Rochester Review emailed to dispute my assertion that "Rochester--either as city or university--played no special role in the early development of the game" and pointed to more recent scholarship of Priscilla Astifan, whose articles in Rochester History I used in preparing the column. Those articles can be found online, along with a video interview of Astifan: https://rochesterbaseballhistory.org/research-projects/

Thurlow Weed--newspaper publisher, friend of William Henry Seward--recalled in his autobiography that he and other early Rochesterians played "base ball" in Mumford's Meadow (near the current site of the stadium of the Rochester Red Wings) as early as 1825.

Although the game they played was not the organized "New York game" that came to Rochester in the mid-1850s--my assertion that "Rochester--either as a city or university--played no special role in the early development of the game" is an unforced error: Rochesterians certainly did play an early role. At this point, it seems safe to say the University did not. Stay tuned!

Roster of the Base-Ball Club of 1858, which included Charles Dewey (son of Professor Chester Dewey) and Francis Macomber (N.Y. Supreme Court Judge on the 7th judicial district, 1879-1893). You can explore their teammates accomplishments in the 1928 Catalog of the University.

Below, the team in 1918, accompanied by Edwin Fauver (back row on the left), for whom the River Campus stadium would later be named: 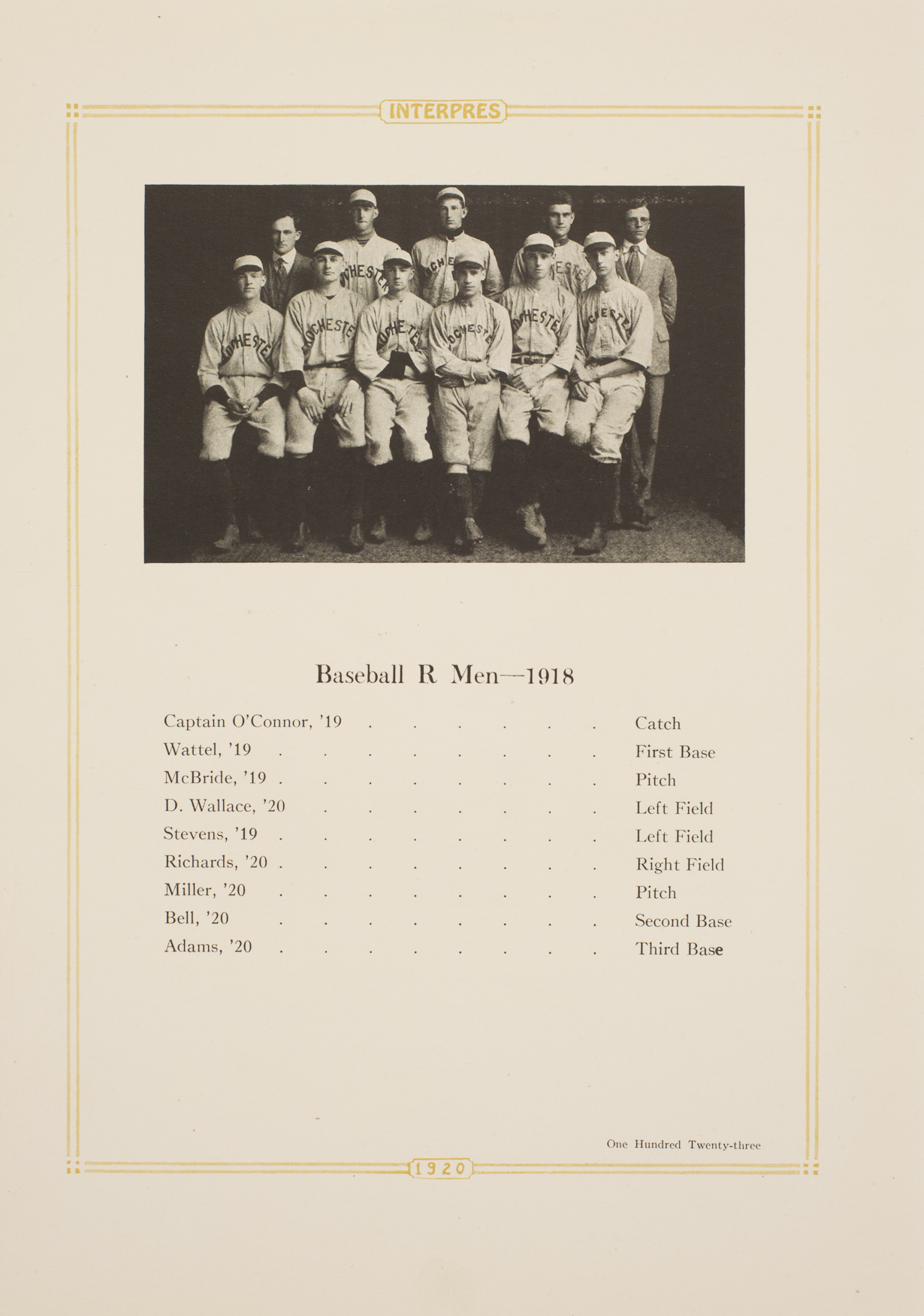