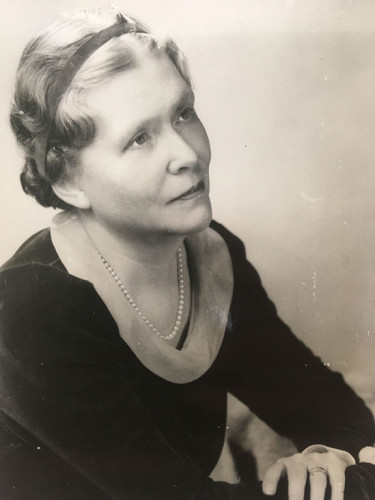 For our "Gender and Sexuality in Social Protests and Film" class, we had to form collective groups on a topic we are passionate about. My group and I decided to do research at RBSCP on Rochester’s unknown women. There are so many important women who made differences in our society, whose contributions have been forgotten, so in this series of five blogs you will learn a bit more about some of these women and how they impacted each one of the members of this collective.

Elizabeth Hollister Frost (1857-1958) was born and raised in Rochester, New York. Frost wrote and published three novels in her lifetime. Katherine Woods from The New York Times once said about her second novel, “This Side of Land is literature, not merely because it is alive and beautifully written, but because it achieves -- as only writing that is literature can achieve it -- the paradox of touching the universal while remaining itself so individual as to be unique." Frost dominated a field that was (and still is) traditionally seen and represented as male only. She was a part of changing that norm.

Despite her skill as a novelist, Frost is better known for being a poet whose poems expressed the sadness and joy she experienced. Frost’s passion for poetry landed her many opportunities for exposure. She was published by notable magazines at home and abroad, including Harper’s Magazine, The Spectator, The Dial, and The London Mercury. The love Frost had for her art is something to be admired, but she was not the first woman in her family to show how a passion for something can help you get far and change the norm — her mother, Emily Weed Barnes, fought alongside Susan B. Anthony to get the University of Rochester to admit women. Elizabeth Hollister Frost is a poet, writer, and woman who deserves to be acknowledged and recognized for her art and ability to be successful in an era where there was a constant struggle for a woman to do anything that was seen as being for men only.

By: Cirse Mendoza, student in University of Rochester "Gender and Sexuality in Social Protests and Film" class