Our copy of Huxley's Evidence as to Man's Place in Nature was previously owned by the American anthropologist Lewis Henry Morgan (1818-1881). 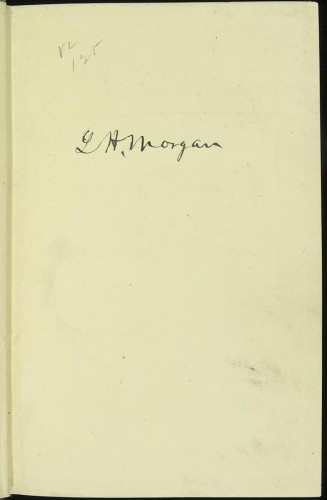 The biologist and apologist of science education Thomas H. Huxley was one of the most faithful defenders of Darwin's theory of evolution. For instance, shortly after the publication of On the Origin of Species, Huxley wrote very favorable reviews in The Times, Macmillan's Magazine, and Westminster Review, and he eventually coined the term "Darwinism," recording it for the first time in the October issue of Natural History Review: A Quarterly Journal of Biological Science (volume 4, 1864): 567: "What we may term the philosophical position of Darwinism." Perhaps Huxley is best remembered for his witty remarks during the Oxford meeting of the British Association for the Advancement of Science in 1860. When addressing the social and moral implications of evolution, Bishop Samuel Wilberforce (1805-1875) turned to Huxley and asked him whether the apes were on his grandfather's or grandmother's side. Huxley's version of his reply is recorded in a letter he sent to Frederick Dyster (September 9, 1860). Here is an excerpt:

"If then, said I, the question is put to me would I rather have a miserable ape for a grandfather or a man highly endowed by nature and possessed of great means and influence and yet who employs these faculties and that influence for the mere purpose of introducing ridicule into a grave scientific discussion—I unhesitatingly affirm my preference for the ape.

Our copy of Huxley's Evidence as to Man's Place in Nature was previously owned by the American anthropologist Lewis Henry Morgan (1818-1881), whose library is partly held in the Department of Rare Books & Special Collections, University of Rochester (Trautmann & Kabelac, 1994). 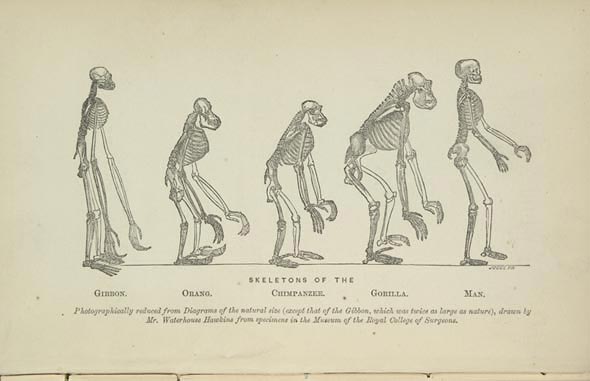 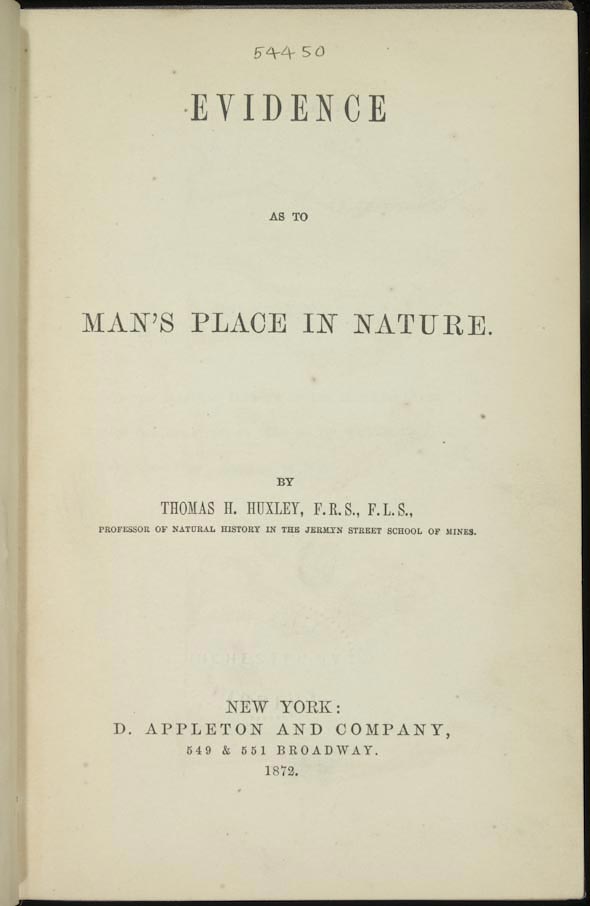 With the publication of Evidence as to Man's Place in Nature, which first appeared in London and New York in 1863, Huxley aimed to disseminate Darwin's ideas beyond the scientific community. Actually, the three essays of the book ("On the Natural History of the Man-like Apes"; "On the Relations of Man to the Lower Animals; "On Some Fossil Remains of Man") derived from public lectures delivered to a diverse audience between 1860 and 1863. For example, Huxley had already dealt with the topic of the second essay in six lectures addressed to working men in 1860, and in two lectures to the members of the Philosophical Institution of Edinburgh in 1862. Moreover, the accessibility of his book was clearly announced in a short preface called "Advertisement to the Reader". Here is an extract:

"The readiness with which my audience followed my arguments, on these occasions, encourages me to hope that I have not committed the error, into which working men of science so readily fall, of obscuring my meaning by unnecessary technicalities: while the length of the period during which the subject, under its various aspects, has been present to my mind, may suffice to satisfy the Reader that, my conclusions, be they right or be they wrong, have not been formed hastily or enunciated crudely." 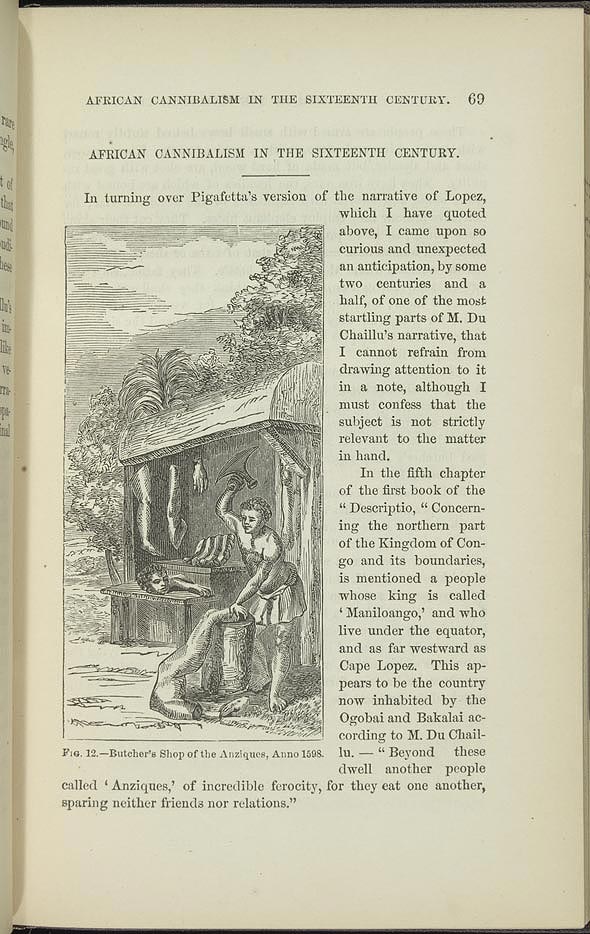