A Look into Virginia Moscrip’s Life 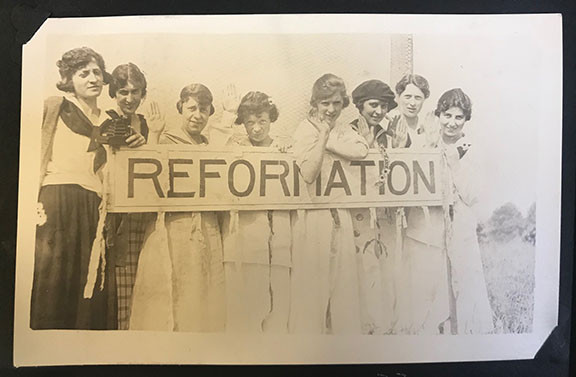 Hello, and thank you for reading this blog!  For my film class, "Gender and Sexuality in Social Protests and Film," we had to form collective groups on a topic we are passionate about.  My group and I decided to do research at the RBSCP about Rochester’s unknown women. There are so many important women who made differences in our society, whose contributions have been forgotten, so this is one in a series of five blog posts where you will learn a bit more about some of these women and how they impacted each one of the members of this collective.

Virginia Moscrip (1897-1975) was born in 1897 in Illinois to Lydia Bell DeLany Moscrip, a suffragist, and Reverend Charles H. Moscrip, a Rochester grad. The family settled in Rochester when Moscrip was three, and remained there until she was in high school, where she excelled and found her passion in Latin and in the classics. She finished her high school career in Galen, New York, and then eventually enrolled here at the University of Rochester.  She earned a Bachelor’s degree in 1919 and a Master’s degree in 1921. Virginia had a strong desire to continue learning in hopes to teach what she had learned, so she went on to receive a doctorate in 1928 [1].

While she was earning her doctorate, Virginia was hired by the University of Rochester as a Latin instructor. She obtained this position by simply contacting the chair of the Latin department, Charles Hoeing, on her own and asking to work for the department. He replied that they were in need of a Latin instructor for two mandatory courses and hired her for the 1925-1926 school year. 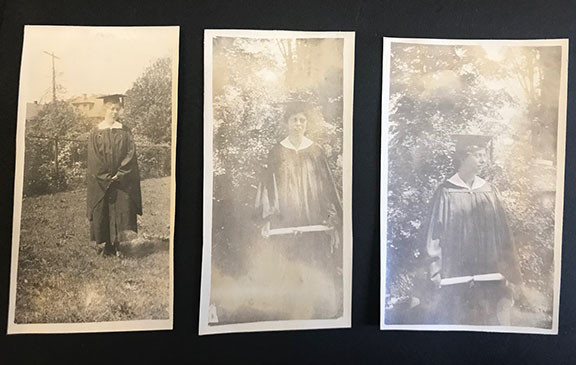 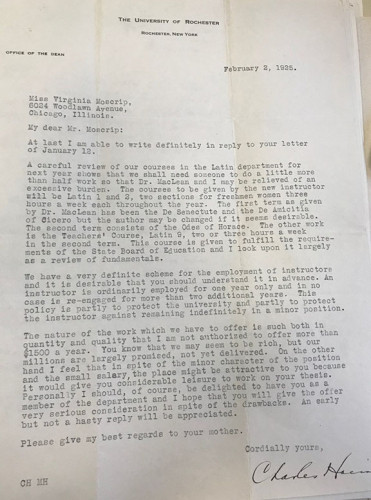 In his letter, Mr. Hoeing stated that “an instructor is ordinarily employed for one year only and in no case is re-engaged for more than two additional years." Desite that, Virginia was not only kept on, but in 1928, was promoted to Assistant Professor of Latin.  As the years progressed, she continued to receive pay raises, while also establishing friendships with her more senior colleagues (who were mostly all men).  In 1935 she was again promoted, this time to an Associate Professor of Latin. With steady increases in her pay since she began working for the university, Virginia broke barriers by going from an instructor to an associate professor [3]. 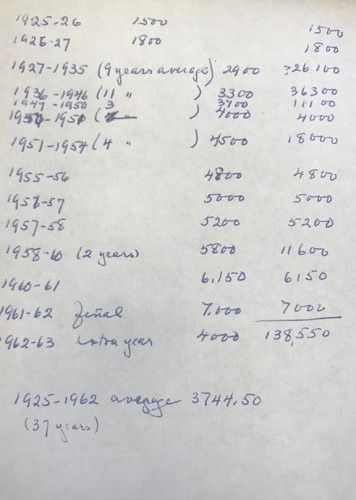 Virginia was an extremely hard worker and a pioneer of woman professors, and it’s important to recognize the fact that she received her doctorate while teaching at U of R. There are so many women like Virginia Moscrip who have gone unacknowledged for their impact on society, and I hope I shed some light on just one of many!  If you take anything away from this blog, it should be this: never be afraid to ask for something you want and know you can do. Virginia asked for a position, and turned what was supposed to be a one-year job into a  37-years career.  Virginia validated the fact that women can do anything, even back in the year 1925, and I hope that others can see that her fearlessness really made a difference.

By: Emily Palacio, student in University of Rochester "Gender and Sexuality in Social Protests and Film" class