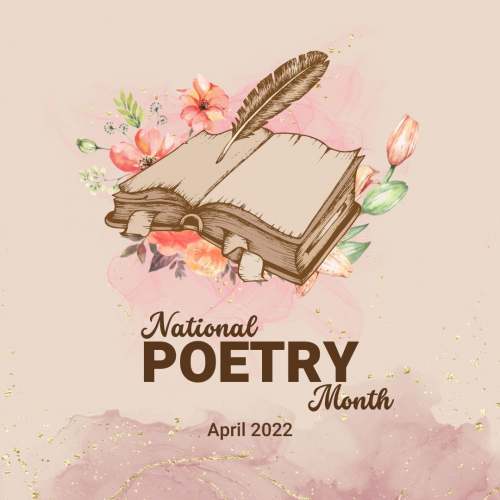 In my creative writing course, poet Christian Wessels reminds us that poetry has no utilitarian function. There is no information to absorb in the way one might do so when scanning a restaurant menu or a grocery store receipt. As a centuries-old artistic medium that began as an oral tradition, poetry harnesses the power of language to offer its readers an experience unlike any other. This month I’d like to highlight Ukrainian poets who either have ties to Rochester or whose words are available to read through the University’s libraries. I hope this inspires our UR community to further explore the works of these remarkable writers. The majority of these poets emigrated from the Ukraine and now live in the United States.

all our words, heaps of burning feathers / that rise and rise with each retelling
—Ilya Kaminsky, Dancing in Odessa[i]

Our first poet was born in the former Soviet territory now known as Ukraine; his family sought asylum, moving to Rochester, NY.[ii] Ilya Kaminsky’s chapbook, Musica Humana (2002), delves into the art of sounds and silences, where vowels have teeth marks and syllables are laid on skin. In his elegy for Russian poet Osip Mandelstam, Kaminsky is concerned with not only the sounds of life but also its silences and how human beings communicate through both mediums.[iii] Vowels and syllables cascade across the page to create a dreamlike rendering of life. RBSCP holds a physical copy of Kaminsky’s chapbook, which was gifted to poet William Heyen and is part of the 20th and 21st century poetry collection in the Hyam Plutzik Library.[iv]

Contemporary poet Julia Kolchinsky Dasbach and her family came to the US from Ukraine as Jewish refugees.[vi]  Her poetry collection The Many Names for Mother (2019) depicts an unreserved portrayal of new motherhood, particularly its most inexplicable parts.[vii] Kolchinsky Dasbach confronts the trials and makes the discovery of motherhood's truth through several poems that feature the repeating title, “Other Women Don’t Tell You.” The poet even writes in her mother's voice and expresses her experience as a refugee in the poem, "The Question." The difference between the mother and her daughter heightens in the context of immigration, where the speaker expresses in the silence of the page, "I lived that thing you like to reimagine" as imagery of leaving Kyiv and arriving in a foreign country follows.

As a poet from Odesa, Ukraine, Luisa Muradyan writes about family, immigration, and identity through inventive language in her poetry collection, American Radiance (2018).[ix][x]  In "We Were Cosmonauts," the poet recalls the childhood memory of leaving Eastern Europe for the United States. Muradyan redefines the Soviet astronaut as an immigrant with her "mother's / space suit: a full-length leather coat, / worn over every piece of jewelry she owned." How a human body carries the weight of physical possessions along with the even heavier emotional experience of flight becomes tangible through the poet's language. Muradyan also writes of a grandmother, who calls out to the "birds / in Texas by their Ukrainian names" and instills the sentiment of one's homeland as unbound by soil and rather what dwells in the soul.

If you are interested in learning about local history, please check out the remarkable Ukrainian Rochester Collection at RBSCP. It contains photographs, records, event programs, and much more. A delightful collection of writer Anatol Halan’s work lives in these archives, all of which are written in Ukrainian. Unfortunately, Halan’s poetry remains far from my linguistic grasp but his collection published in 1970 titled Happiness and Pain still holds spectacular visuals.[xii] As the current war in Ukraine leaves me wordless, the poems above have the power to anchor one in a way only the art of language can make possible.