During the Middle Ages the techniques described in mnemonic treatises were very popular, becoming an integral part of the training of theologians. 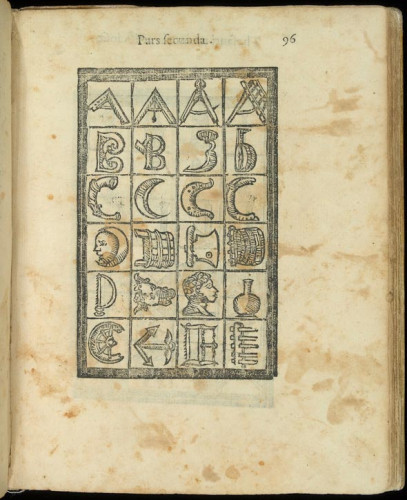 According to ancient sources, which include authors such as Pliny the Elder (7.24), Cicero (De oratore 2.86.351-3), and Quintilian (11.2.11-16), the so-called "art of memory" was originally invented by the sixth-century B.C Greek poet Simonides of Ceos. At a banquet offered by Scopas, a nobleman of Thesalia, Simonides delivered a poem in praise of his host, adding a passage in honor of the twin deities Castor and Polux. Unkindly, Scopas told the poet that he would only receive half of the promised sum for the panegyric, and that he should request the other half from the two gods themselves. Next, Simonides was informed that two young men were waiting for him outside. He found no one, and during his brief absence from the banquet, the roof of Scopas' house collapsed, crushing the host along with the guests. The corpses were so disfigured that the relatives were unable to identify them. However, since Simonides could remember the locations where each guest was reclining at table, he was able to tell the relatives the identities of the dead. While it is not difficult to regard the whole episode as mythical, especially, and obviously, the part of Castor and Pollux paying Simonides their share for the poem by drawing him away shortly before the crash, it is also true that the mnemonic system used by Simonides represents the essential methodology that we would find described in memory treatises from antiquity onwards. Unfortunately, the original Greek treatises that presumably expanded the techniques of Simonides are not extant. In fact, the earliest literary tradition describing this particular knowledge is contained in three Latin treatises intended to train the future orator: the anonymous Ad C. Herennium libri IV de ratione dicendi (3.16.28-3.24.40), Cicero's De oratore (2.86.351-2.88.360), and Quintilian's Institutio oratoria(11.2.1-51); (Yates, 1966: 1-26). 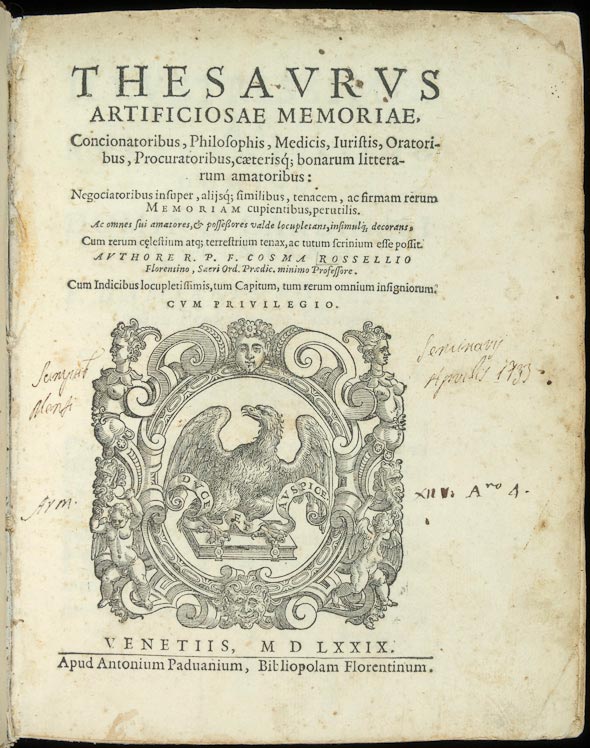 Essentially, this ancient method for improving the artificial memory (memoria artificialis) consists of two main steps. First, one needs to fix in the mind a series of places (loci). Quintilian, for instance, suggests a spacious building with a vestibule, atrium, bedrooms, bays, including statues and room decorations (11.2.20). Secondly, it is necessary to create a series of images (imagines) that allude to whatever we wish to remember. For example, a lawyer delivering a speech in a murder case might use the image of a knife to refer to the alleged weapon, or images of human figures to mention the identity of the witnesses. Then, these imagines would be placed in each of theloci, whose own nature, as exemplified in the sequence of the rooms of a house, would guarantee that the images are recalled in the proper order. Indeed, the decisive part of this process is the creation of loci, because they can be always re-used with a different set of images.

During the Middle Ages the techniques described in mnemonic treatises were extremely popular, becoming an integral part of the training of monks and theologians (Carruthers, 153-194). The advent of printing in the second half of the fifteenth century did not stop the interest in the craft of memory (Bolzoni, 2001: 217-27), even though humanists like Erasmus of Rotterdam criticized these works as vestiges of the obscurantism of the Middle Ages (Thompson, 1997: 931-7). Whereas these printed manuals overall follow the rules on loci and imagines as prescribed in the old Latin treatises, they also reflect certain intellectual anxieties of the Renaissance, particularly, as Frances Yates has argued, when the overwhelming richness of the woodcut images reveal the world of emblems and ciphers, an intellectual sphere which is certainly closer to the Hermetic tradition (Yates, 1966: 199-265). 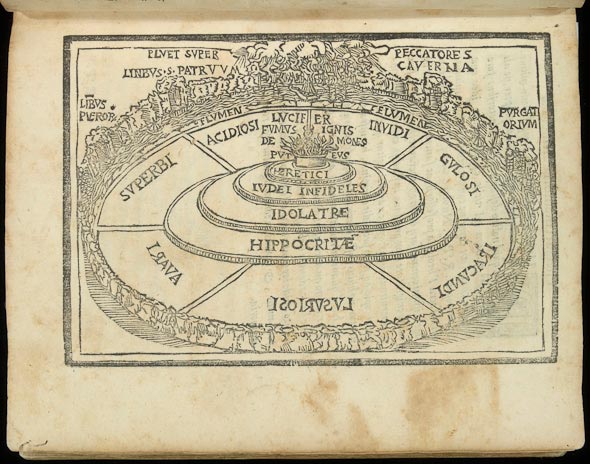 Since it is likely that Dante himself was influenced by mnemonic techniques based on the topography of Inferno, Purgatorio, and Paradiso, it should not surprise us to find this sort of imagery in memory treatises as well as in artistic representations in general. Thus, Rosselli's Thesaurus emphasizes the role of the iconography of Hell, Paradise, and the Cosmos itself as useful cartographies where the student of the craft of memory can establish systems of places. Rosselli divides Hell into eleven places. In the centre is Lucifer's well covered with flames, which Heretics (Heretici), Jewish infidels (Ivdei Infideles), Idolaters (Idolatrae), and Hypocrites (Hippocritae) will reach through a set of steps. Around this structure there are seven other places for those punished according to the seven deadly sins. As Rosselli argues, the variety of punishments, along with the locations where the sinners suffer, will become the memory places that will facilitate the improvement of memory (p.2v; Yates, 1966: 122).

In the woodcut included below we see an impressive amphitheater-like structure depicting the regions of the universe, whose respective locations are based on the distribution of the four elements in various degrees of purity. For instance, the deepest level is Hell (hic infra infernum), which is immediately followed by the first part of the earth, pure and without the presence of water. 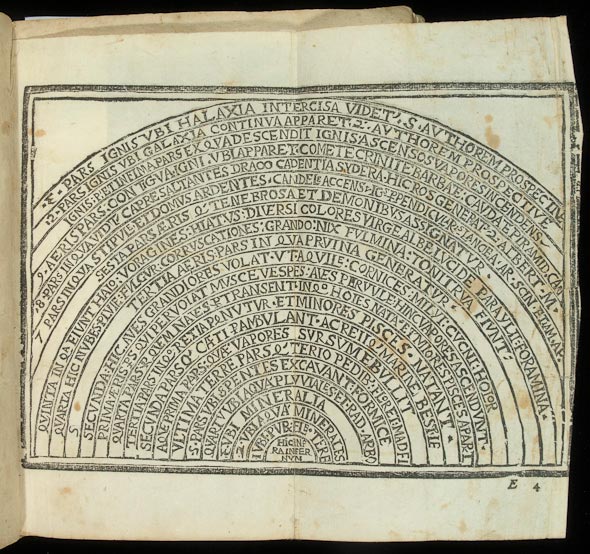 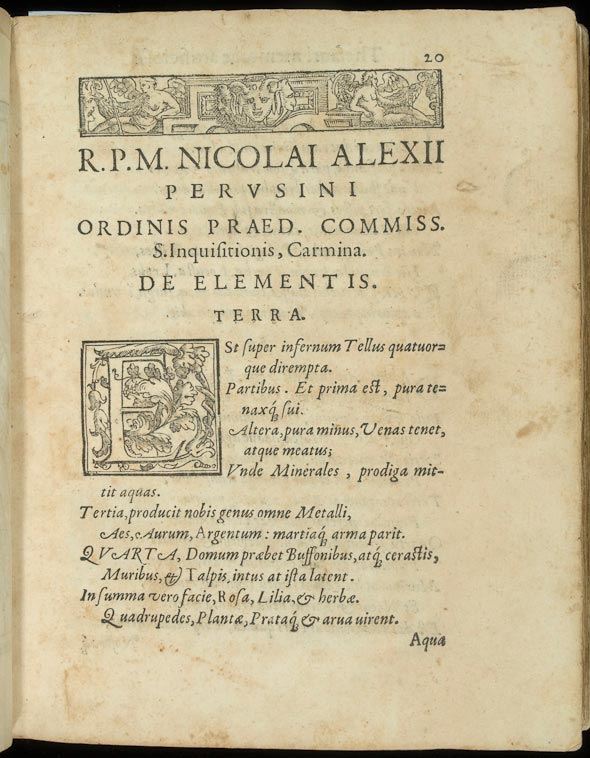 Following an illustration of all the known heavenly spheres (figura coelestium omnium sphaerum) is a graphic of paradise, which is conceived as encircled with a wall made of gems. The Throne of Christ is located in its centre, and below are the places of the heavenly hierarchies: Apostles, Patriarchs, Prophets, Martyrs, Confessors, Virgins, Holy Hebrews, and the saints. 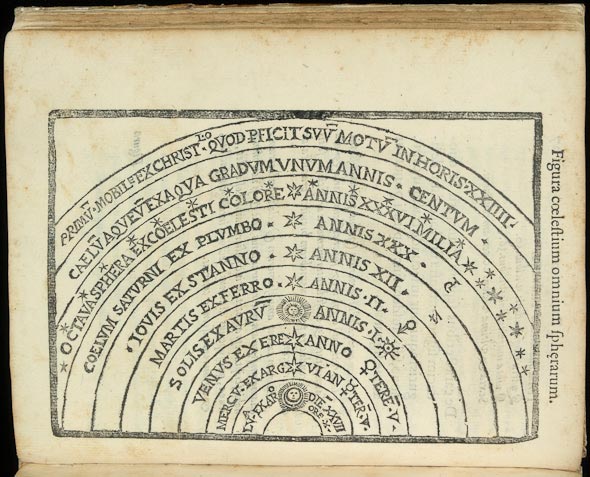 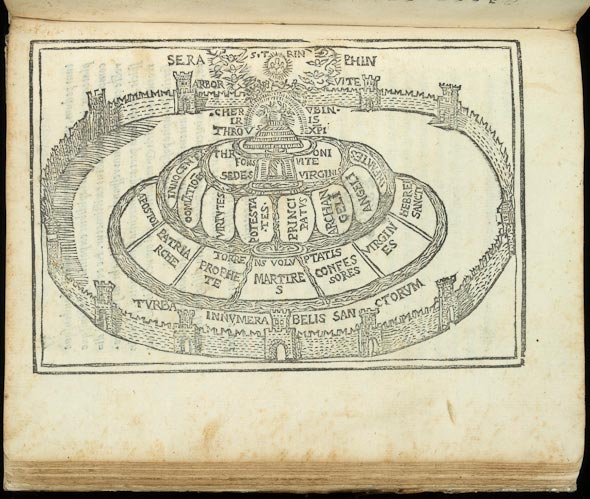 Human figures are also excellent recipients for memory places, and visual alphabets, perhaps mysteriously, also contribute to the art of memory. For instance, Rosselli oddly suggests that we will remember the word aer by replacing each character with letters resembling an ass, an elephant, and a Rhinoceros: si pro. A. ponam Asinum pro E Elephantem, pro R. Rhinocerontem (p.119v; Yates, 1966: 119). 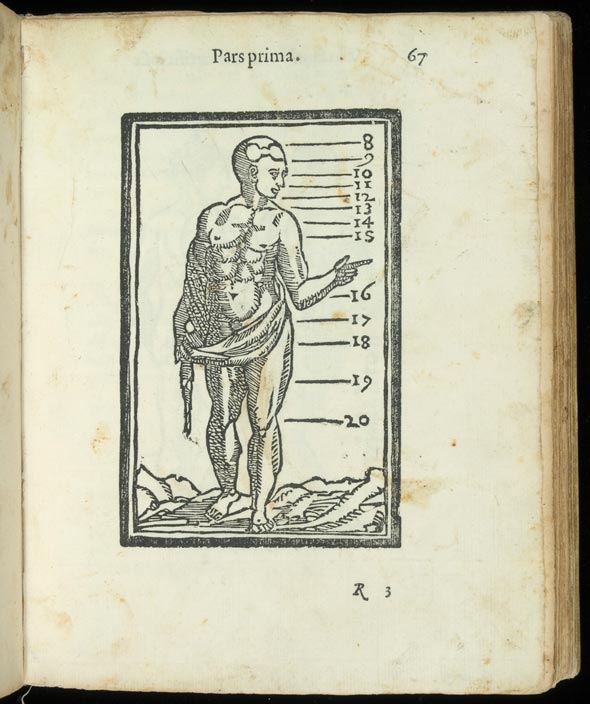 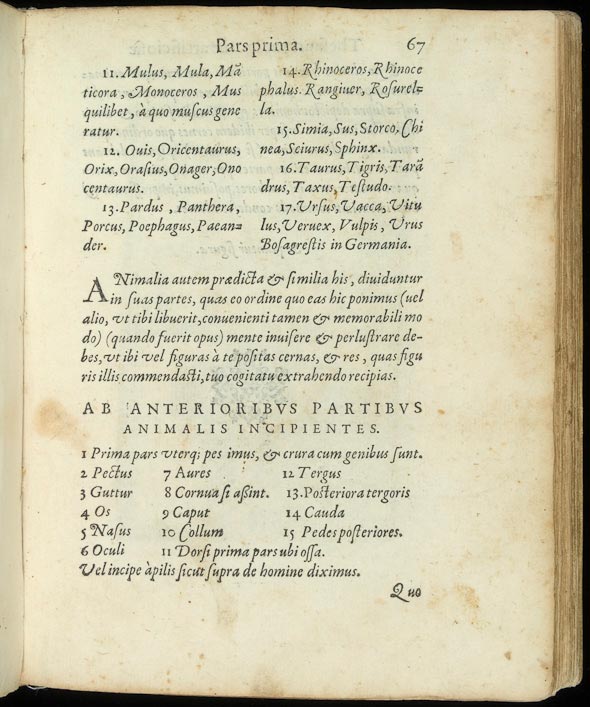 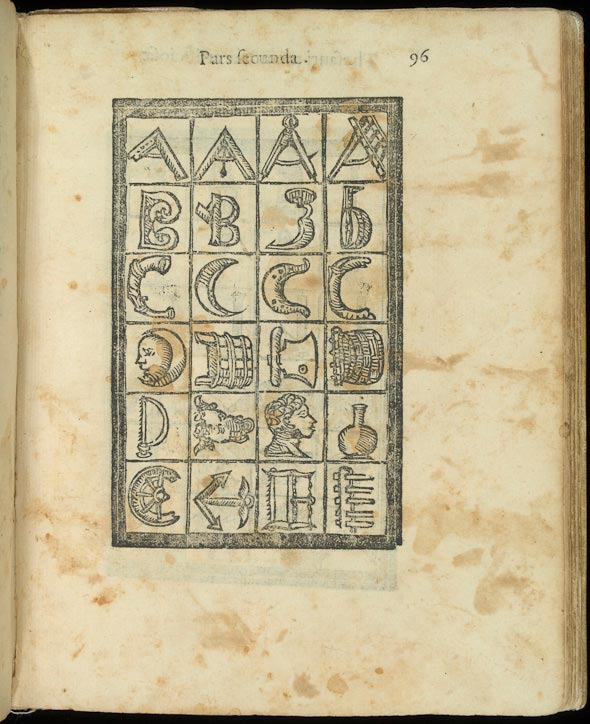 Yates, Frances A. The Art of Memory. Chicago: The University of Chicago Press, 1966.