Our featured book is the first German translation of Francesco Sacchini's biography of the Jesuit father and theologian Peter Canisius (1521-1597). 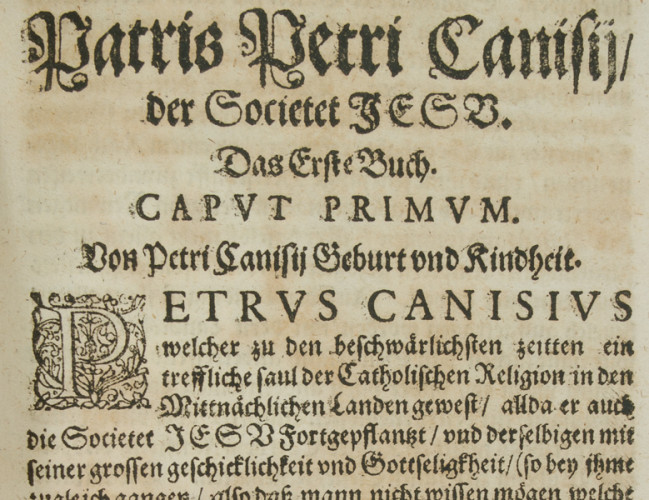 In a previous Collection Highlight, an edition of Phaedrus' Fables, we discussed the origin and function of book prizes awarded to the best student of a particular class. Again, the title featured this month belongs to this category, although we are now examining an example of slightly poorer quality—vellum stamped in black ink instead of gold—and from a German region under Catholic influence. To be precise, most German Catholic institutions were directed by the Jesuits from the sixteenth through the eighteenth centuries. For instance, their presence was overwhelming in cities such as Dillingen, Paderborn, and Ingolstadt. In fact, our book was published in Dillingen (Bavaria), where the Society of Jesus had taken over the University in 1563 (Coppens, 2004: 81-3). 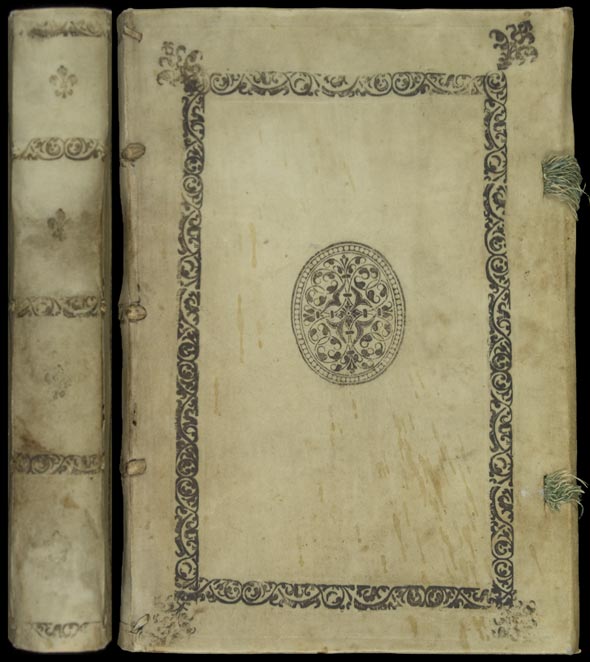 On the front paste-down paper is a Latin inscription with the name of the gift recipient (ex-praemio), Simon Peter Meyer from Freiburg, who received this volume as a first prize in the second year of his primary education: Ex libris Simonis Petri Meyer Friburgensis, quem obtinuit secundo anno in rudimentis primum praemium. Next to it we read the following date, 24 8bris 1623 (October 24 1623), probably referring to the exact day when the gift was awarded. The title page includes the Society's emblem, consisting of the monograph representing the Holy Name of Jesus (IHS, the first two and last letters of the name as it was spelt in the Middle Ages: IHESUS), of a cross over the H, and of three nails under it. See also the ownership inscription on the bottom of this page. Did the new owner inherit the book from Simon Peter in 1679? 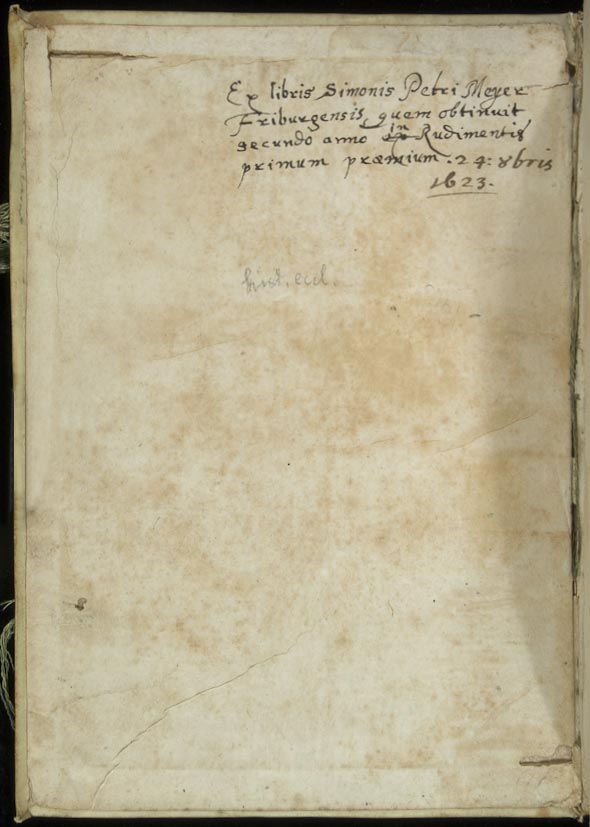 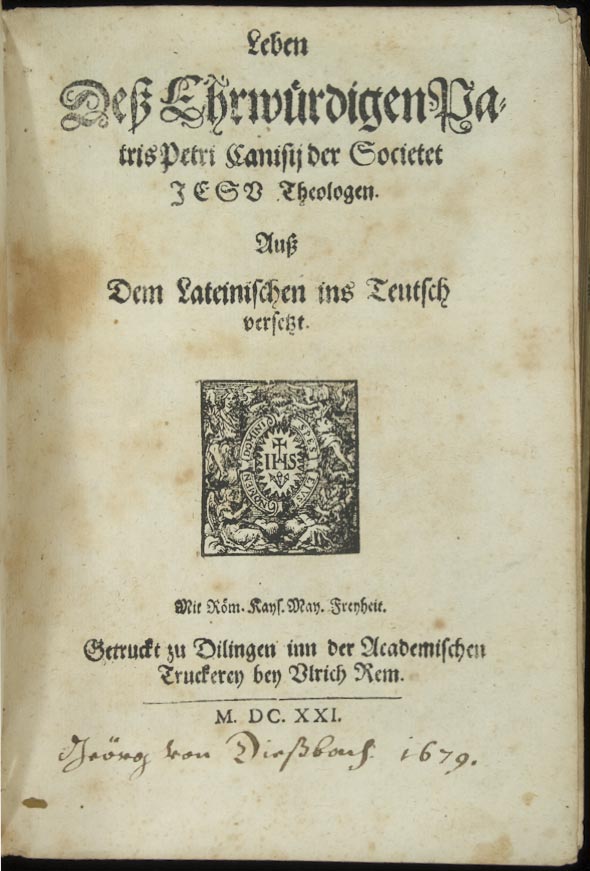 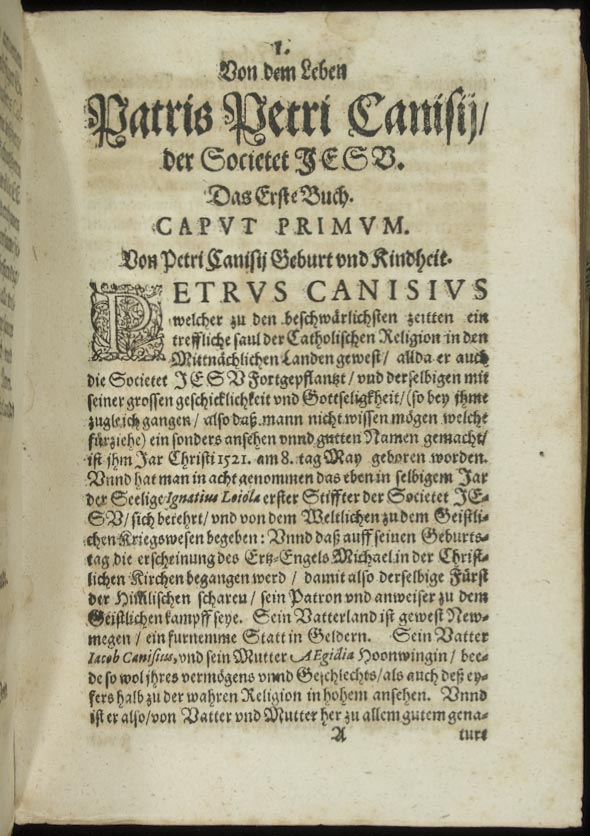 Our book is the first German translation of Francesco Sacchini's biography of the Jesuit father and theologian Peter Canisius (1521-1597): De vita et rebus gestis P. Petri Canisii, de Societate Jesu, commentarii (Ingolstadt: Elizabeth Angerman, 1616). It seems clear that the publication of Canisius' life was to a great extent designed to promote the case for his beatification, a process urged by the Society of Jesus shortly after his death in 1597. Both his writings and educational work reveal that Canisius was one of the most important Catholic reformers of the sixteenth century, being decisive in saving for the Church of Rome the Catholic Germany we know today (Braunsberger, 1913: 756-62).