Accessible from the Roger B. Friedlander Lobby, across from the Welles-Brown Room, the Hawkins-Carlson Room is used to host visiting speakers, special gatherings, and important meetings.

The space now occupied by the Hawkins-Carlson Room was originally the Reserve Reading Room.

The marble panel featuring the University’s seal was moved from the Library’s entryway to become a focal point of the Hawkins-Carlson Room in 2005.

Today the Hawkins-Carlson Room is one of the loveliest in the building and is used for visiting speakers, special gatherings and important meetings.  It is named for Chester Carlson, the inventor of Xerography and his mother Ellen Hawkins Carlson, with whom he was particularly close.

The room was dedicated on November 10, 2005
Portraits of both Chester Carlson (1906-1968) and his mother Ellen Hawkins Carlson (1870-1923) hang at the front of the room.  Both portraits were painted by artist Everett Raymond Kinstler. 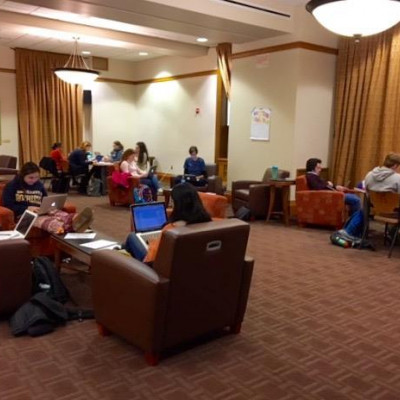 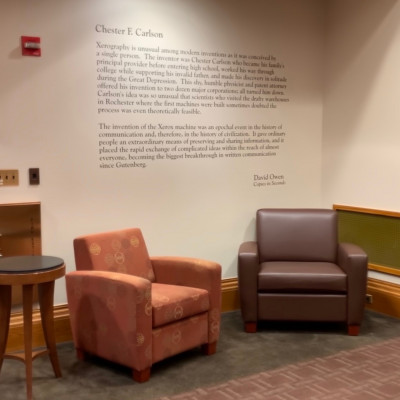