People who knew Rossell Hope Robbins describe him as a man of wit, collegiality, and scholarship. In his introduction to the 1974 festschrift, Chaucer and Middle English Studies in Honour of Rossell Hope Robbins, Lloyd A. Duchemin describes him as "a short, rubicund, close-cropped, friendly presence, whose personality leaps out and captures you instantly with its curious combination of humility and confidence." An honorary degree in 1986 from Mount Saint Mary College in Newburgh, New York, cites his "irrepressible zest for life and a wonderful sense of humor . . . enduring scholarship and abiding humanism." The obituary in the London Times (April 14, 1990) remembers him as "a man of frenetic energy, an extrovert, enthusiastic, gregarious, talkative, opinionated, unself-consciously and likeably vain."

Rossell Hope Robbins was born on July 22, 1912, in Wallasey, Cheshire, England, to Rossell Casson Robbins, formerly of Liverpool, England, and Alice Eveline Hope Robbins, formerly of Kirkcudbright, Scotland. He began his education at Wallasey Grammar School, 1921-30, then proceeded to the University of Liverpool, where in 1933, as a student of J. H. G. Grattan, he received, with first class honors, his B.A. in English Language and Literature. In 1934 he received his diploma of education from the School of Education, Liverpool. During this period of his life Robbins also trained in music at the Matthay School of Music, Liverpool Branch (1930-36), receiving his licentiate from the Guildhall School of Music, London, in 1932. He was a member of the London Verse Speaking Choir under the direction of Marjorie Gullan from 1935-37. This early interest in music and verse has remained with him all his life. His dissertation and three of his earliest scholarly books dealt with the lyric in English, and, in 1961, Columbia University Press published his Early English Christmas Carols in a handsome gift edition with music, illustrations, and an LP record.

In 1934 Robbins was admitted to Emmanuel College, Cambridge, on an Open External Studentship to proceed to his doctorate. He was supported by a Wallasey Borough Research Scholarship and the University of Liverpool Graduate Scholarship. He received his Ph.D. in literature in 1937 as a student of G. G. Coulton. In that year he was awarded a Commonwealth Fellowship by the Harkness Foundation, which brought him to America. (He became a naturalized citizen in 1944.) Here, he continued his work on Middle English Lyrics at New York University with Carleton Brown, work which is still acknowledged as the best of its kind.

On June 9, 1939, Rossell married Helen Ann Mins Robbins. The wedding took place in the Greenwich Village office of the Modern Language Association of America, and the ceremony was performed Rossell's friend and co-author, the Reverend Carleton Brown, former executive secretary and past president of the MLA. For over fifty years, Helen Ann was a powerful intellectual force in Rossell's life, an aggressive thinker and a gracious hostess. In the issue of New York Folklore (Winter 1983) dedicated to RHR, he is quoted as writing in personal correspondence "for decades she has been my severest critic and most perspicacious editor of everything I have written." 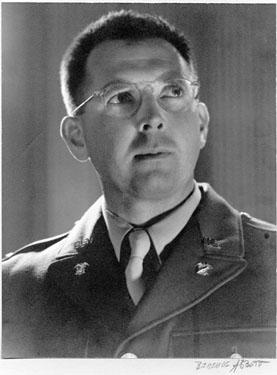 On March 8, 1943, Robbins was inducted into the United States Army, where he served in the War Department Special Staff, Education and Information Division, at the Pentagon. During these years he wrote dozens of pamphlets and discussion guides on dealing with war prisoners and repatriation. His orientation programs for returning soldiers and information bulletins for occupation troops in Europe regarding the war trials at Nuremberg were designated mandatory reading for the American Army of Occupation in Germany. He was recommended in 1946 for the Legion of Merit for his contribution.

After the war Robbins accepted a teaching position at the Polytechnic Institute of Brooklyn (now the New York Polytechnic Institute), where he taught until 1954. In 1955, he was awarded a Guggenheim Fellowship and retired from teaching to devote full time to his scholarship. In 1958 he was elected Fellow of the Royal Society of Literature, one of the half dozen American writers to be so honored. In 1959 he published The Encyclopedia of Witchcraft and Demonology, an enormously successful book which has been often reprinted, and has been translated into Spanish (1988) and Russian (1996). From 1958 to 1985, Rossell and Helen Ann spent their summers at Cornell, continuing their studies on witchcraft. (Cornell now provides online access to over 100 books from their Witchcraft Collection.)

Between 1954 and 1969 Robbins enjoyed the life of an independent scholar, assisted by a grant-in-aid from the Modern 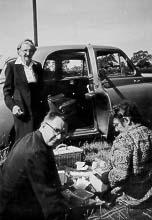 Robbins returned to teaching full time in 1969, as International Professor at the State University of New York at Albany, where he remained until his retirement in 1982. This position was particularly attractive to him and Helen Ann because of its proximity to "Katsbaan Onderhuegel," their home in Saugerties. Here, they built the medieval research collection that in 1987 became the Rossell Hope Robbins Library at University of Rochester.

Written by Russell A. Peck (The University of Rochester Library Bulletin 40 [1987-88]: 5-7), with some editing and additions by Rosemary Paprocki of the Rossell Hope Robbins Library. 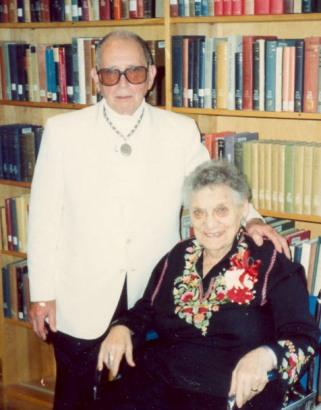