A seed grant launches a project that has the River Campus Libraries helping to diversify the digital domain. 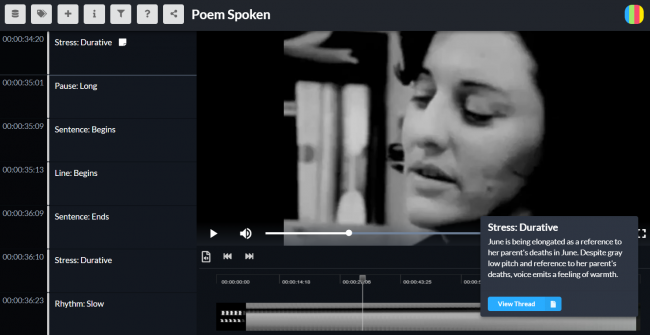 Anyone who has ever used a computer to search a library’s collection has benefitted from or been let down by metadata, the information which librarians, archivists, and researchers create to make resources findable and accessible.

Historically, collections have been described in ways that reflect not only academic priorities and academic privilege, but also the frequently white, heterosexual perspective of the academy. So, the chosen terminology may also not reflect what is important to particular communities about content they may have created or resources that address their experiences. For members of the Black or LGBTQIA+ communities, this practice could make some resources virtually undiscoverable.

The River Campus Libraries (RCL) is participating in a new University of Rochester project that seeks to bring long-overdue change to this realm.

Led by principal investigator Joel Burges, associate professor of English and visual and cultural studies, the Rochester Digital Annotation Project (RDAP) will explore the process of creating metadata that better reflects the sometimes complementary and sometimes competing interests of scholars and communities.

RDAP has two primary objectives in prototyping these dictionaries. The team will first explore how digital annotation can empower community members and scholarly researchers to understand the racial and sexual histories contained in local audiovisual archives such as the VSW’s. The second objective is to investigate the possibilities for generating accurate and inclusive data and metadata about those archives, over which community members and scholarly researchers will have shared authority.

With a seed grant from the American Council of Learned Societies (ACLS), the RDAP team will begin developing the five data dictionaries around the Portable Channel videos using Mediate, a time-based media annotation tool developed by Burges in partnership with RCL Digital Scholarship.

“To find those documentaries online, you would have to know to Google ‘Portable Channel’ or maybe ‘Rochester history’—something specific like that,” Sherwood says. “To make them more accessible, we’ll look to scholars for terms they would use to describe and document the collections, but we’ll also go out into the community and ask them how we should be talking about, describing, and teaching these histories.”

The ACLS grant is part of the Digital Justice Grant Program, which is designed to promote and provide resources for digital humanities projects that aim to diversify the digital domain, advance justice and equity in digital scholarly practice, and contribute to public understanding of racial and social justice issues, especially those that elevate the interests and histories of people of color and other historically marginalized communities including Black, Latinx, and Indigenous communities; people with disabilities; and queer, trans, and gender-nonconforming people.

RDAP is among the first eight projects to receive this award.

“The inaugural ACLS Digital Justice Grantees highlight a wonderful convergence between publicly engaged humanities and digital humanities,” said Keyanah Nurse, ACLS program officer of Higher Education Initiatives. “These teams exemplify the move away from extractive practices around data collection and towards collaborative knowledge production with those outside the academy. ACLS is proud to support the robust engagement with data ethics at the core of these projects.” ∎