The nominator has become the recipient

In the run up to her last Metzdorf Award ceremony, Dean Mavrinac’s nomination pen was turned against (and for) her. 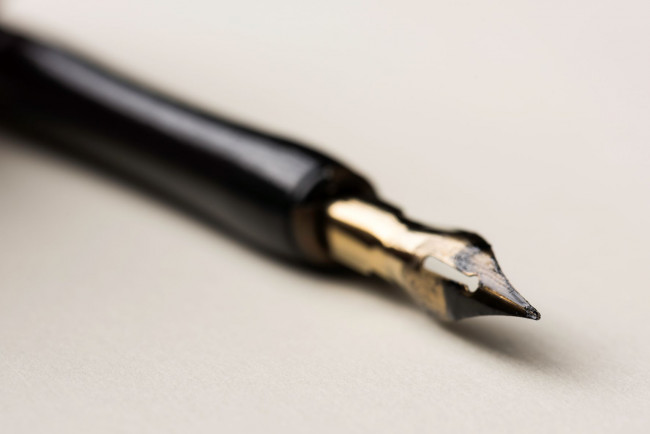 We’re getting back into our time machine to revisit the 2012 University of Rochester board retreat. Last time, we looked in on how Evans Lam met Mary Ann Mavrinac, vice provost and Andrew H. and Janet Dayton Neilly dean of the University of Rochester Libraries. This time, we’re dropping in on when Mavrinac met another trustee, Carol Karp ʼ74, Pʼ11.

“I was seated with her at one of the dinners,” Mavrinac remembers, “and I was immediately struck by her graciousness, intelligence, and curiosity.”

The subtext of that moment went something like, “Carol, I think this is the beginning of a beautiful friendship.” And the Casablanca version of Mavrinac was right.

Barely a year after their initial meeting, Karp accepted Mavrinac’s invitation to join the River Campus Libraries (RCL) Advisory Council. When that group became a national council (which, through Karp’s advocacy, was later expanded to include the libraries at the Eastman School of Music and the Medical Center), Karp became council chair, a role she still holds today. Her focus and big-picture thinking has made the group an exemplar among other national volunteer councils.

While the libraries would have done well with only Karp’s strong leadership, it has also benefited from her generosity. Most recently, her family made a 10-year commitment that created the Carol ’74, Pʼ11 and Sarah ’11 Karp Library Fellows Program. This “inspired gift” and years of additional support and wise council offer a broad view of the resume that led to Karp receiving the 2020 Robert F. Metzdorf Award.

The Metzdorf Award is presented by the Friends of the University of Rochester Libraries (FURL). Established in 1993, the award is given to those who have distinguished themselves through contributions and meritorious service to the libraries. Karp was presented her award last year during a virtual ceremony.

“In this year of 2020,” Karp said, “for which there seems to be no end to the Pandora’s box of trouble spilling across the world, receiving this unexpected honor and spending time with all of you is a joyful counterpoint.”

Almost a year after celebrating Karp’s award, Mavrinac was doing some shopping over the long Memorial Day weekend when she was stopped by an email from Barbara Guhde, co-president of FURL. The email subject was “Metzdorf Award.” This was great. Mavrinac had been waiting for this email because she had a nominee in mind. Point of fact: Mavrinac has nominated several of the past Metzdorf Award winners. She nominated Karp and the 2019 recipient, University of Rochester Trustee Evans Lam ʼ83, ʼ84S (MBA). So, she had been asking about the deadline because she didn’t want to miss it, and she still had to write the nomination. She opened the email and started reading, and it was all wrong. She had already been nominated and chosen.

“I was stunned,” Mavrinac says. “I held my phone out to my husband and said, ‘I just got awarded the Metzdorf.’ It was one of those feelings of utter pleasure. It was just lovely.”

Although Mavrinac was caught off-guard by the honor, everyone in FURL thought it was a no-brainer. (And really, anyone reading this who is vaguely familiar with Mavrinac’s tenure and accomplishments is nodding in approval.) Guhde recalls the meeting about the possibility of Mavrinac being this year’s Metzdorf recipient taking about seven minutes.

“It was wonderful,” Guhde says. “We were all in agreement that it would be great to give this to Mary Ann. We didn’t even speak to her about who she had in mind for the award. Beyond what she’s done for the library, she’s been so helpful and so wonderfully supportive of FURL.”

Mavrinac will formally receive FURL’s thanks on September 14. ∎

If you would like to see Dean Mary Ann Mavrinac receive her award, you can register to attend the virtual ceremony via Zoom. If you have questions about the event, contact Ashlee Huff, RCL officer manager and HR representative, at ahuff@library.rochester.edu. If you’re interested in learning more about FURL, contact Barbara Gudhe at bguhde@rochester.rr.com.

Enjoy reading about the University of Rochester Libraries? Subscribe to Tower Talk