A Seat at the Table

Students have a voice in the libraries’ policies, initiatives, and future.
Image 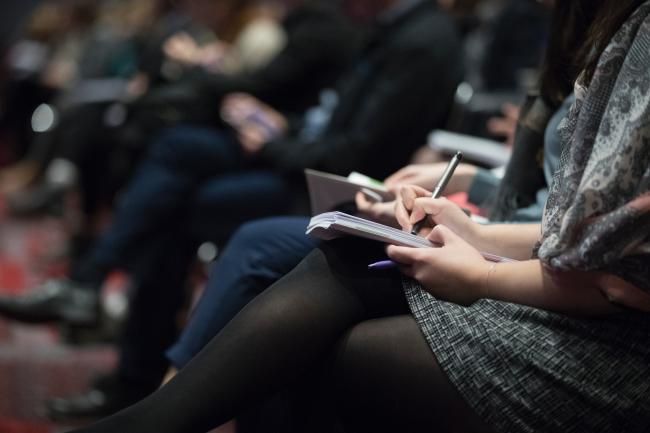 In 1765, American colonists were done with being told to pay taxes without having seats in Parliament. They said, “Enough with the taxes already! No taxation without representation!” Or something to that effect.

You would be hard-pressed to find a Rochester student who feels that colonial-level outrage—or exclusion—regarding River Campus Libraries (RCL) policies, projects, or resources. The reason is simple: they do have representation.

Students on the River Campus have the opportunity to influence and inspire decisions through the Advisory Committee to the RCL, the Students’ Association Government (SA), and the libraries’ Undergraduate Student Advisory Board (SAB). Often, the student representatives have direct access to Mary Ann Mavrinac, vice provost and Andrew H. and Janet Dayton Neilly Dean of the University Libraries.

Composed of 10 faculty members and students from across the River Campus, the Advisory Committee provides opportunities for members to voice needs and concerns, weigh in on the RCL’s strategic direction, major issues, and policies, and receive new information on operations and services. Undergraduate students are represented on the committee by Yaa Baker ʼ22 and David Reynoso ʼ20.

“It’s interesting to see the inner working of the libraries,” says Reynoso. “Like, future projects being considered. For example, tracking the flow of patrons, in and out of the libraries.”

Undergraduate committee members are nominated by the SA president, a position currently held by Jamal Holtz ʼ20, who, with Vice-President Anne Marie Cortes ʼ20, meets with Mavrinac once a month. In their most recent meeting, they looked at some final designs for the Gleason Library Refresh Project. “I thought it looked beautiful,” said Holtz of what he saw and didn’t see, like the color green. Students expressed a preference that green not be a primary color in the new Gleason.

The SA leaders’ frequent meetings with the dean give them a chance to provide feedback on the libraries’ most-pressing issues and raise some of their own.

“Last year, students were telling us they wanted more [cellphone] chargers [for borrowing] at Q&I,” Holtz says. “We brought it to our meeting, and boom, a few weeks later, there was an increase in chargers.”

Holtz and Cortes are also responsible for appointing students to the Student Advisory Board. The SAB comprises five to six students from a variety of backgrounds, disciplines, and class years. Every six weeks, the group meets with Mavrinac to offer their thoughts on current library initiatives and policies. It’s also an opportunity for the dean to share information that the students can then take back to their classmates. For astronomy major Amanda Wasserman ʼ21, it is a chance to help improve the Physics-Optics-Astronomy (POA) Library.

Wasserman, who is president of the Society of Physics Students, was able to use her position to facilitate a board game night during the libraries’ Stress Less Week. But she felt most heroic when a comment to Dean Mavrinac about POA feeling “quite cold” led to a fix and a more bearable temperature.

What’s clear is, regardless of the student representatives’ roles, the aspect of their participation they value most is the opportunity itself. When the alternative is feeling unseen, unheard, and in the dark, having a seat at the table is invaluable.

“I find the meetings very important,” says Wasserman. “The dean listens carefully, and together we all find solutions to issues the libraries are having. It is through this board that I know people in the administration care about what the students think and are constantly working to make the University libraries better.” ∎

If you’re a student who is interested in being part of the Student Advisory Board or the Advisory Committee to the RCL, contact the Students’ Association Government. Enjoy reading about the University of Rochester Libraries? Subscribe to Tower Talk.