The River Campus Libraries added more than 3,000 ebooks to its Chinese collection. 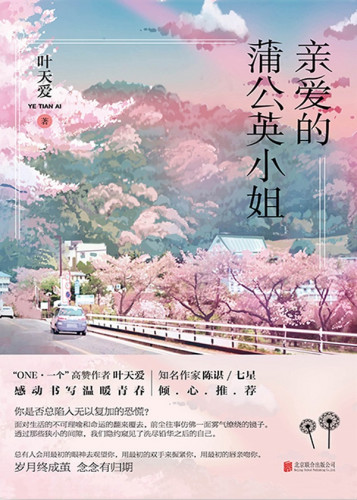 Point of view: You’re a college student attending a university in a country where the primary language is not your first language. You have pockets of free time that you would like to spend reading something other than a textbook. You have access to newspapers from home, but you want a break from the real world. You need fiction. You search the library’s collection and discover a smallish assortment of materials that reminds you of diner coffee—it’s fine, but you want it to be better.

The River Campus Libraries (RCL) was concerned that the above perspective hits too close to home for Chinese students at the University of Rochester. And it’s not “fine” because Meliora. But it’s also not fine because Chinese students constitute almost 19 percent of Rochester’s student population and more than 54 percent of Rochester’s international students. These percentages were a ringing in the ear of Lindsay Cronk, assistant dean of Scholarly Resources and Curation, when she was deliberating on what to do with some funds at her disposal. So she set up a meeting with the publishing company ProQuest. The result was the purchase of more than 3,000 Chinese ebooks, among the largest foreign language ebook acquisitions ProQuest has ever seen.

“I was thinking about our Chinese student population and thought, ‘We don’t have enough,” Cronk says. “We have newspapers and access to some free online resources, but it’s not significant.”

Rochester’s Chinese collection pre-ebooks includes, but is not limited to four textbooks, written in Chinese; Chinese newspaper subscriptions, Nan fang zhou mo and Jen Min Jih Pao (print) and the South China Morning Post (online); the China Academic Journal database; Chinese films and other videos (in the Art and Music Library); and a generous number of books, videos, and audio materials, covering a range of topics, that live in the Department of Modern Languages and Culture, gifted by the New York City Chinese Consulate in 2014.

The books, which add a wealth of literary entertainment to Rochester’s Chinese collection, cover a range of categories that include biographies and classic literature, on subjects such as martial arts and romance, from accomplished authors, like Nobel Prize winners Gao Xingjian and Mo Yan.  Plus, the diverse bundle of e-reads offers Chinese students a way to indulge their interests beyond scholarship.

“We appreciate the River Campus Libraries acquiring this collection,” says Liwei Ma ʼ24, a double major in international relations and business, on behalf of the Chinese Students Association. “Reading not only increases your imagination but also develops your humanity and intelligence.”

There are two more big reasons Ma and other Chinese students appreciate the influx of Chinese books: English can be a prohibitive struggle, and it’s difficult for students to find Chinese books outside of China. The increased access helps offset Ma’s preference for physical books.

“We like to discuss and exchange our ideas,” says Ma, “and since we all have access to the ebooks, everyone can read the same thing at the same time.

But the value of this collection would be seriously diminished if it were not for Kathy Wu and the University libraries’ new search software.

Wu, government information, economics, law, and music librarian, put together a searchable guide (available in Chinese and English) and a YouTube tutorial on finding books and articles using Chinese characters or Pinyin. In addition to making the books easy to browse and discover, she was also critical to getting the books into the libraries’ system. Without Wu’s expertise in the Chinese language, the libraries would have had to hire a translator or trust all the books’ metadata was correct, which is important if you don’t want to be the new owner of 3,000 hard-to-find ebooks. Here, DiscoverUR’s search engine, Primo, provided the dunk to Wu’s alley-oop pass by offering patrons the ability to search with Chinese characters—a capability the libraries’ old search software did not have.

“We’re really lucky to have Kathy,” Cronk says. “She deserves so much credit for us getting this done.”

What might not be apparent to patrons and non-librarians is how impressive this entire process is. According to Cronk, other American libraries haven’t been able to find a way to offer electronic resources that substantially meet the needs of patrons for whom English is a second language.

“Part of what leads to the lack of representation in collections is the notion that it’s too hard,” Cronk says. “People give up on it, and then you wind up with a collection that reinforces whiteness.”

The RCL persisted. But more than that, the libraries had the team and infrastructure to address the issue when the opportunity arose. The libraries are currently working on expanding the collections for other languages, particularly those in South Asia, to build on this win. ∎