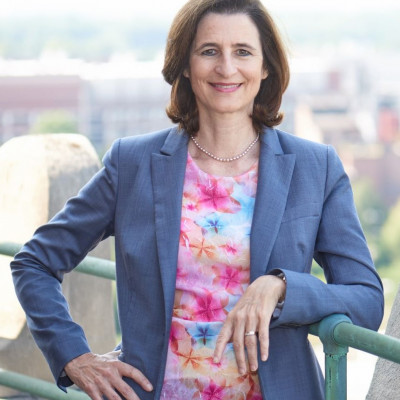 Mary Ann Mavrinac was the vice provost and Andrew H. and Janet Dayton Neilly Dean of the University of Rochester Libraries, from June 2012 to January 2022.

From 2001 to 2012, Mavrinac was the chief librarian at the University of Toronto Mississauga, where she, with many people and many teams, led from vision to occupancy an award-winning academic library—the Hazel McCallion Academic Learning Centre.

Her interests and research focus on library as place, leadership, and mentoring—topics about which she is frequently invited to speak. Recent publications include “A Tale of Two Libraries,” “Libraries 2020,” and “Pay It Forward: Mentoring New Information Professionals.” She led the development of a 10-year facilities and master plan for the Rush Rhees Library aimed at stewarding this iconic space for years to come, including the launch of Evans Lam Square and the Barbara J. Burger iZone.

Mavrinac holds a BA and BEd from the University of Toronto, an MLS from Western University, and an EdD in educational leadership for change from Fielding Graduate University.

Messages from the Dean