Firminus de Bellavalle, also known as Firmin de Beauval, was born in Picard (France) and flourished as an astrologer 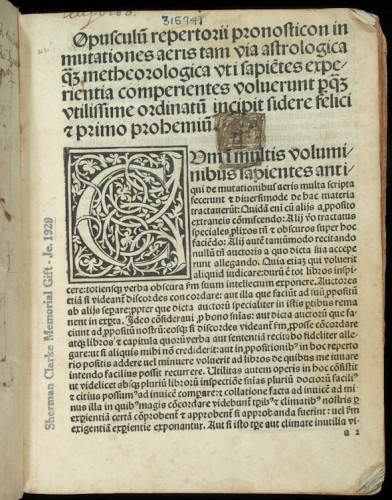 Our copy is bound in contemporary vellum. On the first page, which is blank, there is a handwritten astrological diagram. The names "Sherman Clarke" and "Jean Vance Clarke" are inscribed on the back of that same leaf. Jean Vance Clarke was the donor of the book as indicated by the bookplate on the front endpaper. It is remarkable that this volume was bound with extra blank leaves, 5 in the front and 21 in the back. Likely, they were meant to serve as a scholarly notebook. See, for instance, the last image included below.

Firminus de Bellavalle, also known as Firmin de Beauval, located in the diocese of Amiens, was born in Picard (France) and flourished as an astrologer in c. 1338-45. His treatise De mutatione aeris, written in 1338, deals with the influence of planets on meteorological phenomena. It is divided into seven parts covering the following topics: 1) the nature of different parts of the sky and of the stars, the seasons and climates; 2) predictions of the changes of weather (de iudiciis mutationum aeris) based on conjunctions and eclipses, and the entries of the sun into solstices or equinoxes or other signs of the zodiac; 3) predictions of the changes of weather based on the conjunctions and opposition of sun and moon; 4) particular predictions (de iudiciis particularibus) based on such conjunctions and oppositions and others (per alias figuras particulares); 5) predictions based on the relative position of the moon and the stars, with mention to zodiacal signs; 6) predictions about rain; 7) other metereological predictions originated from science or popular knowledge. The De mutatione aeris is not an original work but a compilation of ancient and medieval sources, such as the works of Ptolemy, Pliny, Abū Ma‘shar, John of Seville, Albert the Great, and Leopold of Austria (Sarton, III 657-9). For instance, the Liber de presagiis tempestatum, which Bellavalle quotes several times, and which circulated as a separate anonymous treatise in numerous medieval manuscripts, is directly derived from chapters 78-90 of the eighteenth book of Pliny's Naturalis historia. As Lynn Thorndike explains (Thorndike, 1942: 28), this discovery was made by the scholar Pearl Kribe, who found the Liber de presagiis tempestatum being ascribed to Pliny in one of the catalogue entries contained in George Lacombe's Aristoteles Latinus. 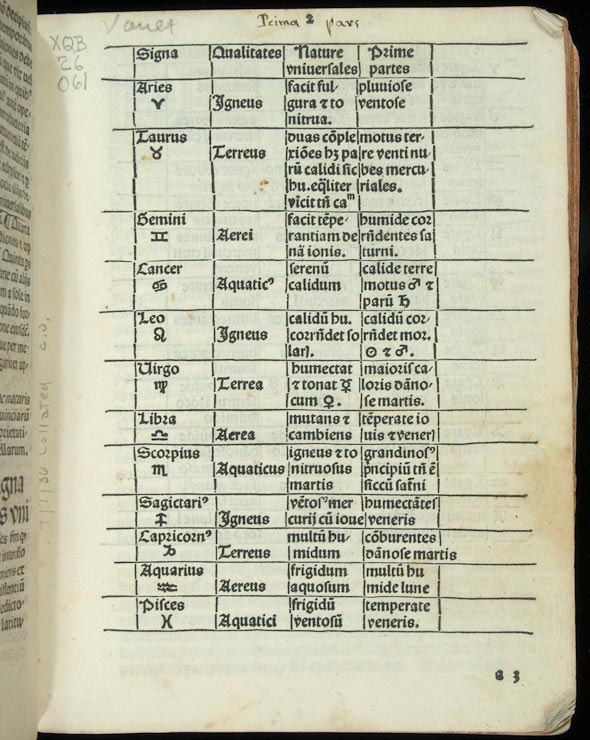 The De mutatione aeris was first printed by the German printer Erhard Ratdolt in Venice in 1485. Our Collection Highlight is a copy of this editio princeps.

This edition also includes a brief scientific treatise entitled Hyppocratis libellus de medicorum astrologia, which follows Bellavalle's work. Essentially, this tract deals with the incidence and course of diseases and their treatment, including the proximity of death, according to the phases of the moon in the twelve signs of the zodiac. The De medicorum astrologia was known under the name of Hippocrates (Astrologia Ypocratis) throughout the Middle Ages, even though there is no evidence indicating that such a treatise had been attributed to Hippocrates of Cos in antiquity. Likely, this later attribution is due to the fact that the famous physician had expressed his belief in the impact of metereological changes and of the position of the stars on disease and health in his work De aeribus, aquis et locis, which scholars have accepted as authentic. It is possible that the De medicorum astrologia was actually derived from an early Greek or Byzantine source, which was similar to the work on which Galen based his own treatise on lunar prognostications in medicine. From the thirteenth century onwards, the De medicorum astrologia won the attention from several scholars, such as Petrus de Abano (1257-ca. 1315), professor and physician at the Universities of Paris and Padua, who is credited with the translation from Greek into Latin, which is the one included in this 1485 edition (Kibre, 94-6; 105). 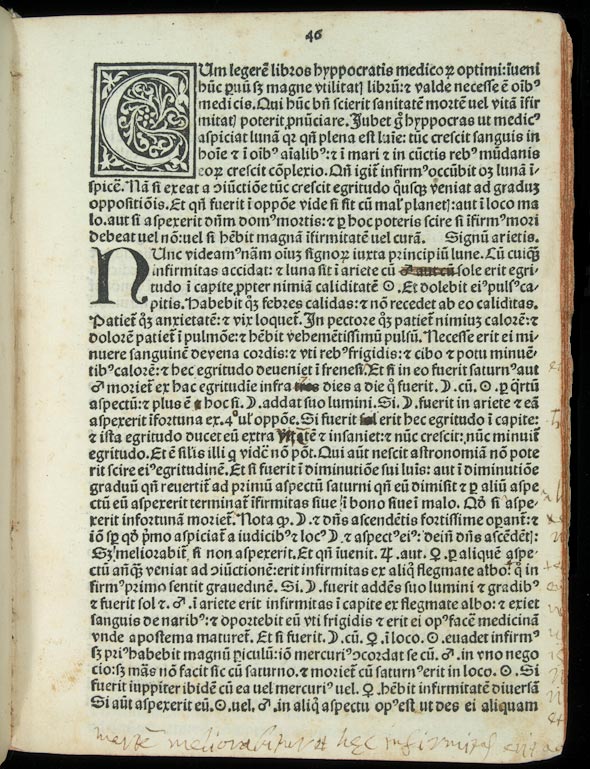 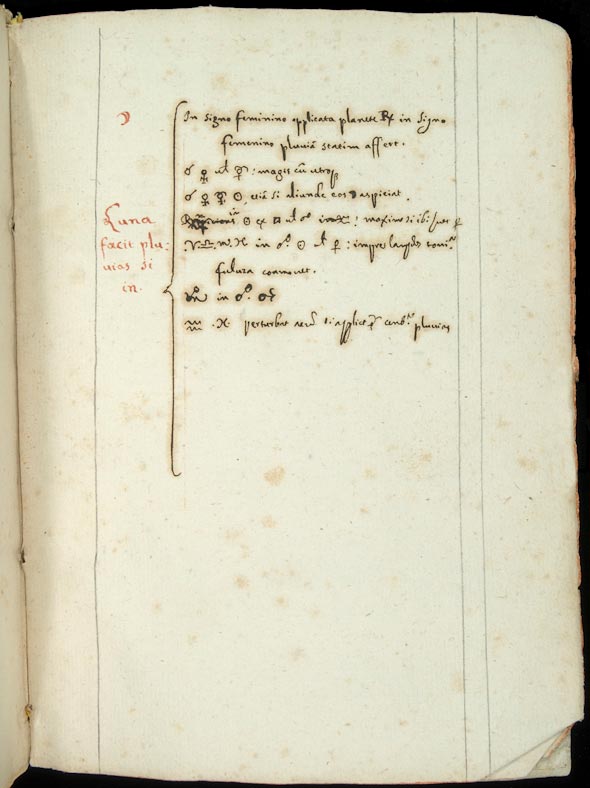 Redgrave, Gilbert R. Erhard Ratdolt and his Work at Venice. London: The Bibliographical Society at the Chiswick Press, 1894.

Sarton, George. Introduction to the History of Science. 3 vols. Baltimore: Published for the Carnegie Institution of Washington by The Williams & Wilkins Company, 1927-1947.

Stillwell, Margaret Bingham. The Awakening Interest in Science during the First Century of Printing, 1450-1550; an annotated Checklist of First Editions viewed from the Angle of their Subject Content. New York: The Bibliographical Society of America, 1970.