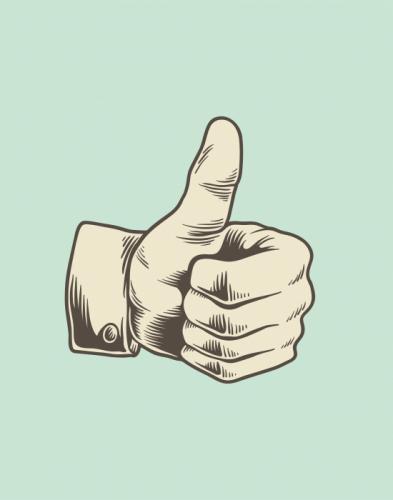 Chances are you didn’t read every issue of Tower Talk, in its entirety, in 2019. Maybe you missed an issue. Maybe you read part of an issue, decided to read the rest later, but never made it back. Maybe you became a subscriber in August and didn’t know there is an archive of past issues.

And maybe you’re someone saying, “Hey, I have read every story.” If you’re this person, you have our sincerest and deepest appreciation.

Regardless of your readership, the newsletter covered a lot of ground this year. That’s why we asked Tower Talk Editor Matt Cook to choose some stories worth seeking out if you missed them the first time around.

Enjoy, happy holidays, and thanks for reading!

This is how feminist author and social reformer Charlotte Perkins Gilman described her mental state as she suffered from what is now recognized as postpartum psychosis.

The Department of Rare Books, Special Collections, and Preservation (RBSCP) acquired a remarkable collection of 52 personal letters written by Gilman in the 1880s. Some of those letters include fascinating sketches that illustrate what she was thinking and feeling at the time. See for yourself.

The role was created by Dean Mary Ann Mavrinac to address the expanded and parallel need to support internal operations and external initiatives and relationships. And it is a natural extension of Henry’s senior-director responsibilities, which included diversity and inclusion initiatives. Her work in these areas earned her “presidential” recognition. Find out why.

The titular “Seward” is William Henry Seward, who served as secretary of state under Presidents Abraham Lincoln and Andrew Johnson. His “folly” was brokering the purchase of Alaska from the Russian Empire for $7.2 million or 2 cents an acre or a total steal.

We revisited the William Henry Seward Papers, which is one of the largest and most frequently accessed collections in Rare Books, Special Collections, and Preservation through select pieces that span 150 years. Check these out.

You may have seen the 12x12 panel that was once on display in Rochester’s Goergen Athletic Center. But even if you didn’t a collaboration between the Digital Scholarship Lab and Rare Books, Special Collections, and Preservation has given a moving collection of notes, tributes, and signatures an extended life. Wondering how it was digitized? Watch this video.

At the fourth annual Association of Research Film Festival (“The Arlies”), the River Campus Libraries won “Best of Collections-Focused Films” for “Farewell to Frederick Douglass.”

The video was produced by Matthew Mann, from University of Rochester Communications, narrated by Autumn Haag, special collections librarian and archivist for research and collections, and performed by Jonathan Rhodes ʼ20E (tenor), and Lee Wright ʼ03E, ʼ18E (DMA, piano) from the Eastman School of Music. See why we won.

She still is, but now in a different way.

When this story was written, Di Monte was director of Research Initiatives for River Campus Libraries. Her exceptional work in this role led to her becoming a search committee’s unanimous choice as the Libraries’ new assistant dean for Digital and Research Initiatives. Now she’ll be overseeing a lot of the work she was doing when we spoke to her. Read the conversation.

“One scholar’s universe is another scholar’s treasure”

Among the Rossell Hope Robbins Library’s trove of texts from the Middle Ages is a manuscript of De Universo. The text explores the universe’s creation and structure, the elements of nature, and the essence of God, angels, and demons. The manuscript—written sometime in the 1230s—was referenced by scientists, philosophers, theologians, and artists across Europe, well into the 17th century.

Today, it’s giving Rochester’s students a unique doorway into the past and numerous avenues for study. Take a look.

Buying books is a burden almost all students share. But some students are enjoying a bit of relief. Thanks to a partnership between Jonathan Holz, associate professor of instruction in Rochester’s Department of Biology, and Moriana Garcia, science and engineering outreach librarian, students taking BIO 204 will spend $0 on their textbook.

Kimberly Hoffman, head of Outreach, Learning, and Research Services, asked Garcia and Holz a lot of the questions you’re probably asking yourself. See the interview.

As you were flipping through the most recent issue of Rochester Review, you might have missed the news about a gift to the University’s Archives. A generous alumnus gave Rochester an exciting collection of University images from the 1960s that capture student strikes, freshman week, and a range of other campus activities. Get the details. ∎

Have questions about these stories or Tower Talk? Contact Matt Cook. And if you haven't already, subscribe.