For the first time in its history, the award will recognize two library staff members for going above and beyond the usual expectations.
Image 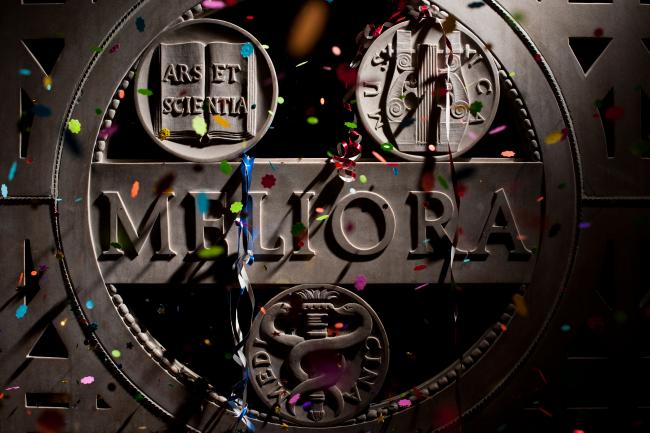 At this time last year, the University of Rochester was blissfully unaware of an emerging coronavirus that had aspirations of becoming a pandemic. That bubble burst at the end of January when the World Health Organization declared a global health emergency. Days later, President Sarah Mangelsdorf took action. She created and charged the Coronavirus University Response Team (CURT) with assessing how the outbreak could affect the University and Medical Center and developing a comprehensive response plan. The River Campus Libraries (RCL) did the same.

The CURT–RCL Team met for the first time on March 13. In the early days of the pandemic, conversations focused on preparing to close physical spaces and how essential services would continue. As the pandemic response evolved, the team began working on the question, “How do we reopen?” Regardless of the topic, throughout the last seven months, the discussion always seemed to call-on two team members: Emily Clasper, director of service strategies, and Randall Cook ʼ93, ʼ96S, director of project management and physical spaces.

On November 5, Clasper and Cook will receive the Martin E. Messinger Libraries Recognition Award for their outstanding service and going above and beyond the usual expectations. They also become the first library staff members to share the honor.

The Messinger Award is an endowed award that takes its name from a longtime friend of the libraries and lifetime Trustee Martin E. Messinger ʼ49. Clasper and Cook are the ninth and tenth recipients of the annual award, which honors contributions that advance the educational mission of the library or the library profession. 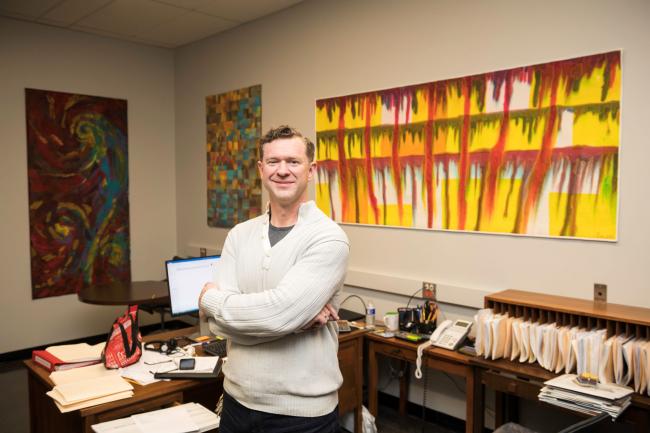 When a project to redesign the River Campus Libraries (RCL) website came to an unexpected halt late in 2019, almost no time was lost before it was back on its feet and running. The reason the project experienced minimal downtime was Randall Cook. Despite being mid-design phase for two significant capital projects—the Gleason Library Refresh and Studio X, the University’s future hub for immersive technologies—Cook stepped in to guide the website to its phase-one launch.

“This was a herculean feat,” says Mary Ann Mavrinac, vice provost and the Andrew H. and Janet Dayton Neilly Dean of the University of Rochester Libraries.

A large part of the reason this was an accomplishment of mythological proportions is Cook did it with an already full plate of regular responsibilities. His work queue held several other important capital projects in addition to those previously mentioned—like the installation of a precision air conditioning units in Rush Rhees Library. Whether he’s managing the project top-to-bottom or consulting as part of a larger team, he is usually waist-deep in the details and facilitating progress. He also supervises a team that manages the libraries’ mailroom and courier service and day-to-day facility maintenance. This remarkable juggling act became even more impressive when COVID-19 turned the difficulty level from “Expert” to “Are You Kidding?”

Throughout the pandemic’s evolution, Cook saw his managerial and consulting duties increase by what seems like 200 percent. Shortly after closing all River Campus Libraries’ physical spaces, he began an intense restart-planning schedule.

With all capital projects shelved for the foreseeable future, when Cook wasn’t in meetings, he was was doing COVID algebra to create safe spaces for patrons. Solving these spatial puzzles required finding economical and efficient ways to reduce a space’s furniture density. He was also protecting the spaces themselves. For example, the need to continually sanitize tabletops created concern for the effect cleaning agents would have on the historic wood in Rush Rhees’s Great Hall and the Messinger Periodical Reading Room. Working with River Campus Construction, Cook found a way to protect the wood and preserve the aesthetic.

“We were able to find a really nice, thick vinyl,” Cook says. “It doesn’t look any different. They’re really shiny like they’ve got a fresh coat of varnish.”

Mavrinac says “no job was too little” for Cook, noting he also ensured signage was in place and even ordered PPE for staff.

It’s been more than two months since the River Campus reopened, and in Cook’s world, things have begun to stabilize. He only has five regular COVID calls now. However, it should be noted that Cook’s “stable” and “normal” is chaos for other people. He’s turned multitasking into an art form that deserves recognition in the Museum of Modern Art.

In the extra time Cook has to breathe, emails from colleagues on him receiving the Messinger Award have served as a balm for his COVID-scorched psyche.

Diana Golemb, a member of Cook’s team, felt he was an obvious choice.

“He remains calm and level-headed in even the most difficult circumstances,” Golemb says, adding that he is a wonderful supervisor, who she enjoys working with on a daily basis.

Because Cook is sharing the award with Emily Clasper, many staff members congratulate them as a duo.

“I’m honored it’s with Emily,” Cook says. “People have been calling us the ‘Dream Team.’” 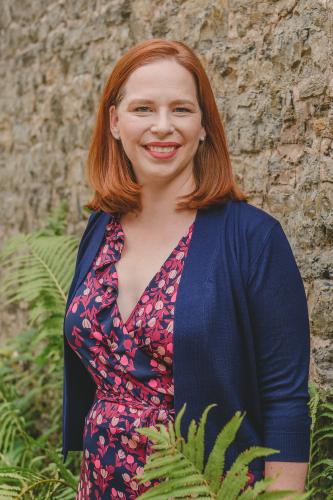 Day to day, Emily Clasper is a patron services dynamo. Though, it wouldn’t be clear by looking around the libraries. Her work is in all the services that are functioning as people expect.

Think of her as the coach of a great basketball team. Her team’s version of sinking a jump shot is someone being helped at a Q&i desk. When a faculty member reserves materials essential to their course—dunk. A student who doesn’t find a book need in the system, but is able to get it from another library through Interlibrary Loan—three-pointer. About 90 percent of Clasper’s work happens off the “court.” It’s through her leadership that her team excels.

“Emily meets challenges without missing a beat,” says Amy Marple, Q&i operations manager. “I am personally grateful that she advocated for a much-needed position that directly supports Q&i. It has already increased the quality of service we provide.”

In the past year, Clasper flexed her leadership muscles by overseeing a critical revamp of Course Reserve policies and feedback process. And during the libraries’ transition to its new system, Alma, she served as the primary source of support for staff across the University libraries, including Miner Library (at the Medical Center) and Sibley Library (at the Eastman School of Music). Throughout the implementation, she helped them navigate through an unfamiliar landscape.

“She was unflappable in the face of feedback,” Mavrinac says. “Her expertise and experience with system migrations enabled her to reassure their concerns would be addressed, and they were.”

Clasper’s poise is so unshakeable, the pandemic didn’t even throw her off her game. Like Dr. Jo Harding in the movie Twister, she went about her business fearlessly when COVID-19 touched down on the River Campus like an invisible tornado.

“When we first heard the news, nobody was really sure what was going on and kind of panicking,” Clasper remembers. “But it was kind of a comfort zone for me.”

Clasper earned the ice in her veins over the 13 years that she served 54 libraries in the Suffolk Cooperative Library System. Helping that many libraries through the aftermath of several hurricanes inured her to almost all crises and chaos that comes with them.

COVID-19’s arrival flipped a switch within Clasper that put her in crisis mode.

“I know how we need to jump on this,” said Clasper of her initial reaction to the pandemic. “We have to make sure everyone’s safe and has what they need to get the essentials done. We’ll worry about the details later.”

And that’s exactly what she did. Over several months, she created temporary service models, implemented new protocols and policies, and took other actions that carried the libraries through shutdown and restart phases. In the way a coach shares a trophy with their team, Clasper says the Messinger Award recognizes a group effort.

“It’s not just about me,” Clasper says. “There was a whole team working every day to keep our services running during a challenging time. I’m also really happy that the award was given to Randy as well. He would have gotten my vote.”

Clasper continues to guide the libraries through the pandemic using familiar skills but acknowledges this is unfamiliar territory.

“You know, a hurricane can wash your library into the ocean, but then it’s over; you rebuild,” Clasper says. “This isn’t the same thing. It doesn’t have that end date.”

For the RCL, not knowing when it will be able to “rebuild” is a frustrating reality that continues to present new challenges. But when that time does come, it can take comfort in knowing that Clasper is someone who has the tools for the job. ∎

For more information on the Messinger Award and its honorees, contact Matt Cook at m.cook@rochester.edu. Enjoy reading about the University of Rochester Libraries? Subscribe to Tower Talk.