The writer and editor of the libraries’ newsletter, Tower Talk, delivers a hand-crafted, locally sourced selection of the past year’s stories. 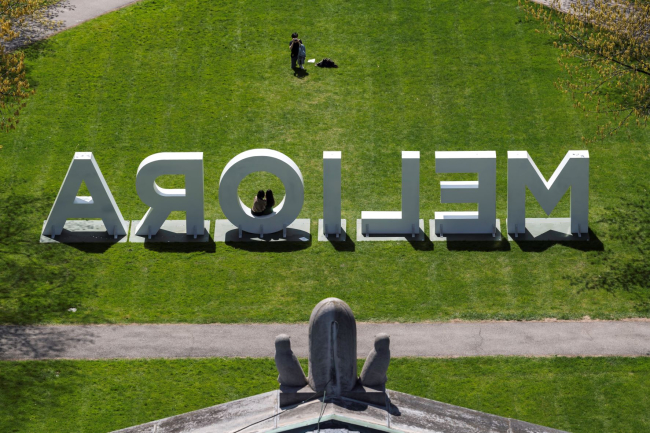 Since Taylor Swift’s new single “Anti-Hero” is currently dominating the charts, it seems appropriate to introduce myself accordingly.

It’s me. Hi. I’m the writer. It’s me (Matt).
This intro goes out to all the Swifties.
I often try to find a way to make the stories lighter.
It’s a shameless struggle, always chasing after more subscribers.

To clarify that last lyric, that’s more subscribers to Tower Talk, the University of Rochester Libraries newsletter. I’m the writer and editor, and this is my annual list of 10 stories worth checking out or revisiting. Below you’ll find brief story descriptions and some of my rationale for choosing these particular stories.

“Research is the Rochester way”

This isn’t a hollow headline. It’s arguably an understatement. Rochester is an R1 University, which means we do a lot of research. And it’s not exclusive to faculty. Each year, the Friends of the University of Rochester Libraries recognize student research through Research Initiative Awards.

The grand prize was awarded to a project entitled: “Engineering CD47-Mimetic Peptide Conjugated Nanoparticles to Bypass Macrophage Uptake.” Yeah—prepare to be humbled. Fans of The Mandolorian will particularly enjoy the opening paragraph. I have spoken

There’s a scene from the 70s sitcom The Brady Bunch where Jan Brady says, “All I hear all day long at school is how great Marcia is at this or how wonderful Marcia is at that. Marcia! Marcia! Marcia!” It would be hard to blame the Humanities for feeling that way about STEM when it comes to scholarly publishing practices.

Thanks to a History Research and Innovation Award, a group of humanities librarians from the River Campus Libraries launched a project to help research in the humanities stand out. Jan! Jan! Jan! 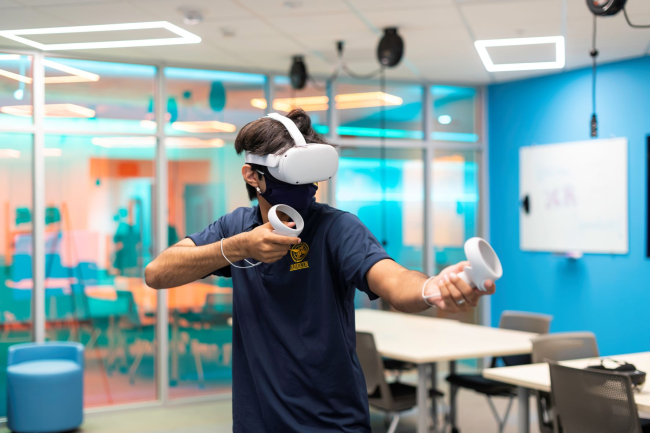 Mary Ann Mavrinac Studio X is Rochester’s hub for extended reality (XR), which encompasses augmented reality, virtual reality, and mixed reality. I could explain all of that to you here, but that would defeat the purpose of this list. Plus, you’d miss out on the examples and Studio X staff commentary.

You don’t have to be an XR tech to appreciate this story. If you’re going to worry about anything, it’s becoming an XR tech nerd because you

read this story. Nerd out

Research is like detective work, where theories are tested by following data and logic. However, it’s not like detective work in that it almost always requires funding, which sometimes stops all work. That’s why the libraries launched the data grant program.

This story shares four projects that benefitted from the program and the frustrating tale of Detective Danforth Harkness and the mason’s helper. The research is afoot

“May is for manuscripts”

Google “December is the month for,” and you will get results that will take you to lists of national holidays and observances for all kinds of things. Why shouldn’t manuscripts have a special time of the year at Rochester? So, we unofficially declared May “Manuscript Appreciation Month.”

We celebrated our first MAM ever with nun-sense and cutting commentary. (This will make more sense if you check out the story.) In five months: It’s gonna be May

As stewards of the Ukrainian Rochester Collection, Rochester is preserving the past, present, and future. This story tells how the collection came to the Department of Rare Books, Special Collections, and Preservation (RBSCP) and shares a Q&A with its director. Budmo!

After 50 years, the Physics-Optics-Astronomy (POA) Library is getting a complete refresh. I’m going to assume you’re furrowing your brow as you wonder why I’ve made up a library. Well, I haven’t. It’s real. It’s in Bausch & Lomb Hall. And it’s a total vibe.

The likeliest reason it’s partially, if not wholly, unfamiliar to you is you are or were not a student from or faculty member of the Department of Physics and Astronomy and the Institute of Optics. If you can’t visit in person, this story is your best way to get acquainted and learn about the refresh project. P-O-Heyyy

In case you’re not well-versed in 19th-century comic operas, the title is a thinly veiled reference to The H.M.S. Pinafore, produced by librettist 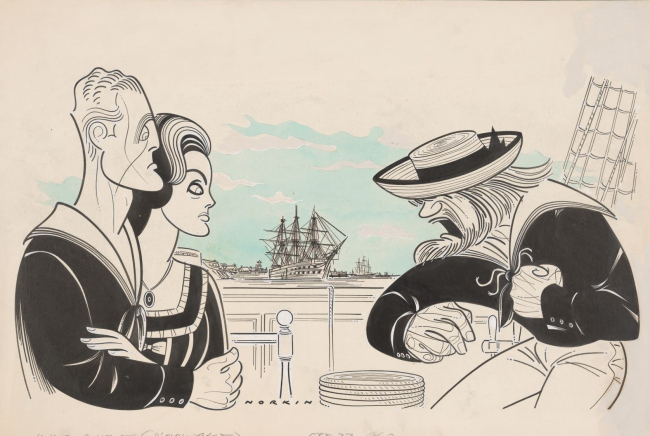 W.S. Gilbert and composer Arthur Sullivan. They were a really big deal in their time. Like The Beatles big.

I always appreciate when our libraries provide an opportunity to combat the perspective that academic libraries are quiet, stuffy, book-centric spaces. So, I couldn’t wait to write about the new multi-library event series called “Towers & Tabletops.”

This story offers a great example of how our libraries aren’t passive spaces. They’re actively engaging students, faculty members, and staff in ways that help them learn, collaborate, and have fun. And sometimes that means playing Dungeons & Dragons. Click for initiative

It’s one thing for an organization to say they’re committed to supporting and celebrating diversity, equity, inclusion, and accessibility; it’s another to see them do it. That’s what makes this story so cool.

A new and ongoing project at the River Campus Libraries is working to highlight and develop resources in the STEM fields created by and about scholars from the Black, Indigenous, and People of Color communities. And the project team would want me to emphasize this isn’t the mountaintop. No one is claiming victory here. This is just the beginning. Enroll to learn more ∎

Have questions about these stories? Is there a story you would like to see in the future? Send your questions and suggestions to towertalk@rochester.edu. If you’re curious about what was featured last year, you can find those picks here. And if you haven't already, subscribe to the newsletter.